According to a superstition, a tearful bride will be lucky, because tears fertilise the soil like the rain, thus the marriage will be fertile. That is the reason why the rain is not a tragedy on a wedding day, though a romantic open-air wedding party might turn into wallowing soon. 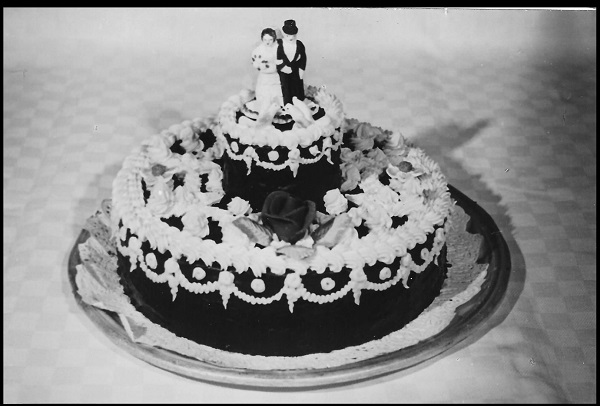 A legend says that the tradition of wedding cakes come from the age of Alexander the Great. They were more like big pies back then, and were not similar to today’s modern works of art. In the Middle Ages, guests often brought small cakes as presents, which were put on one another creating the layer-cake genre. Allegedly, if the married couple could kiss each other over the cakes without overthrowing them they would have a happy life together.

Wearing a wedding ring has a thousand-year past, but there are differences in which finger they wore the rings on. The tradition of wearing a ring on the left ring-finger comes from the ancient cultures, and can be traced back to a legend that survived until the 20th century: they thought that a blood vessel leads from that finger directly to the heart. Nowadays, an engagement is indicated by a ring on the left hand, and the ring moves to the right hand after the wedding. The tradition is not the same everywhere. For example, in the Jewish tradition the wedding ring decorates the index finger. Interestingly, the engagement does not precede the wedding in case of neologist Jewish weddings or Székely weddings in Bukovina. It is usually held on the same day before the wedding ceremony. 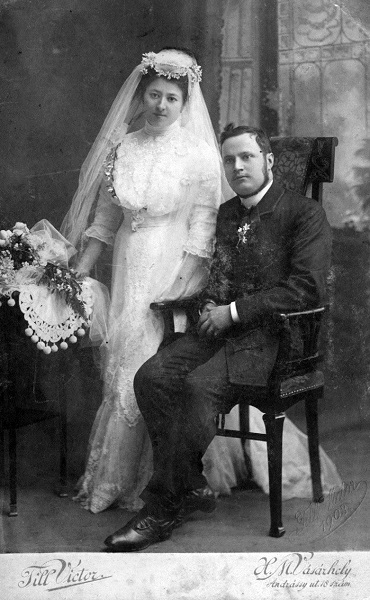 The widespread knowledge is that young brides wear white wedding dresses because white symbolises purity, but it is not absolutely true. The tradition of the white dress spread after the Second World War, and before that time, couples wore their most beautiful clothes in front of the altar. If they wanted to express their purity, they chose the blue colour because it is the Virgin Mary’s colour.

Abduction of the bride

Abduction of women is an ‘old’ tradition. Just think about the Sabine women or Hunor and Magor (in Hungarian mythology). Nowadays, it has a completely different role. It aims to separate the couple for a short time. It is a last challenge to the bridegroom in order to find out if he deserves the bride’s love, if he can save her and if he is able to find her. When he has completed his mission, the next usual task is to drink champagne from the found bride’s shoe. In the newsreel below this tradition is evoked: outlaws from Cegléd ‘abduct’ a bride. Although the outcome could not be seen, the action must have reached the same idyllic end as it could be expected.

Isn’t it strange that one is willing to do all these things, like complying with superstitions from the metre-long cakes through something blue to the abduction of the bride? Everything for the happy ending. Nevertheless, this spring has not become less capricious than the earlier ones were, but you don’t have to be afraid of one thing: the rain in May cannot do any harm. As you know it is much more difficult to ravel out a wet knot. 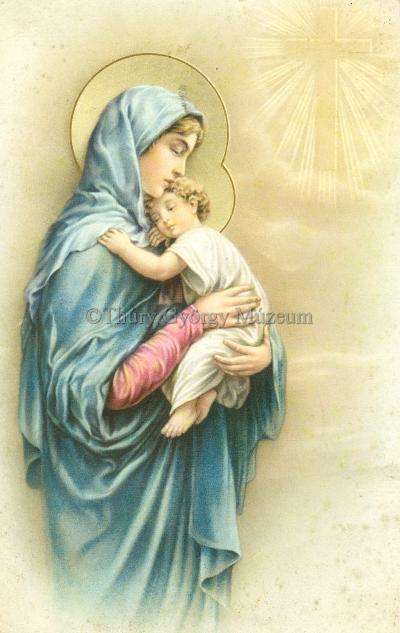 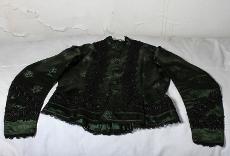 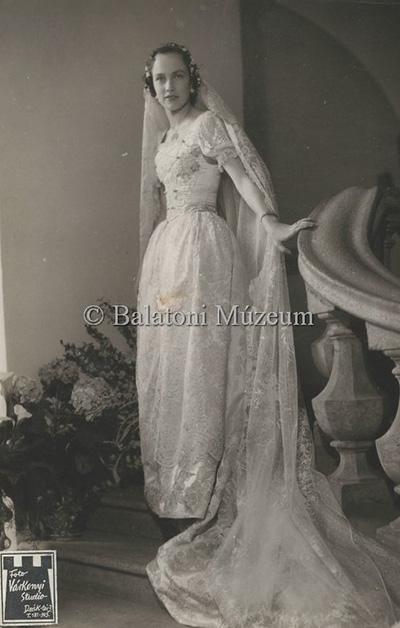 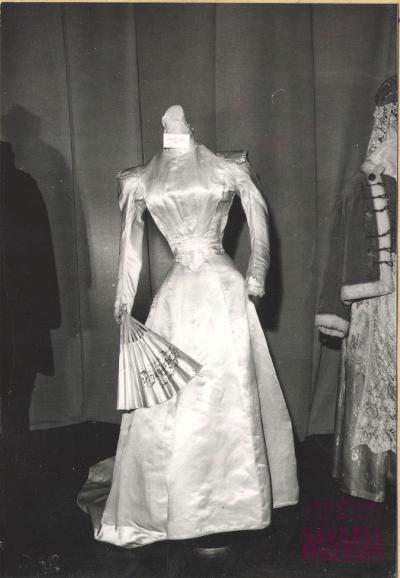 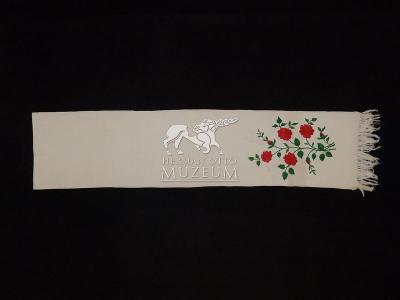 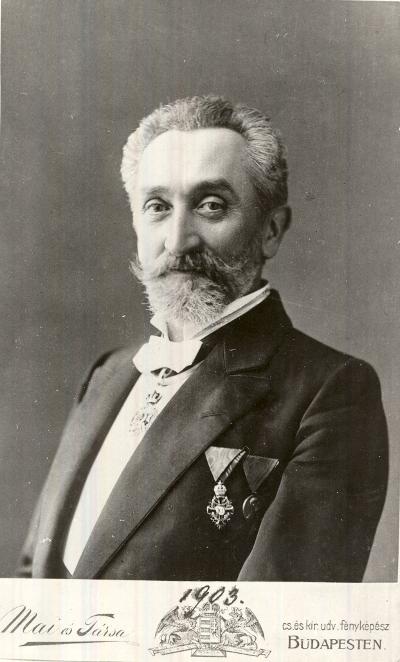 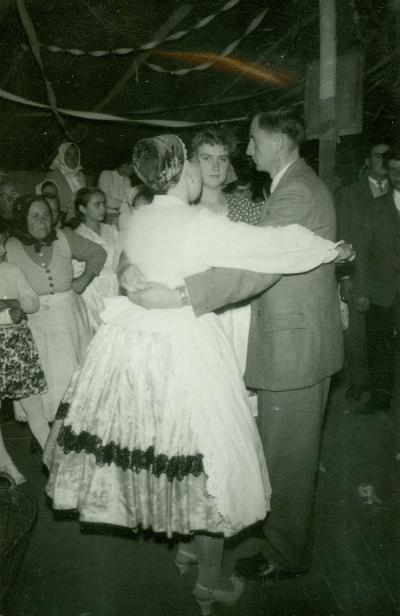 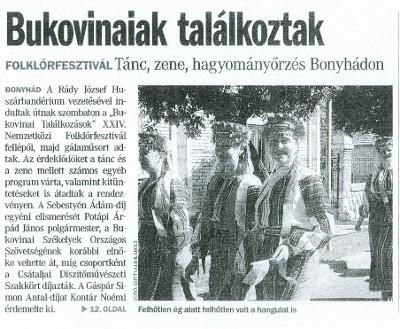 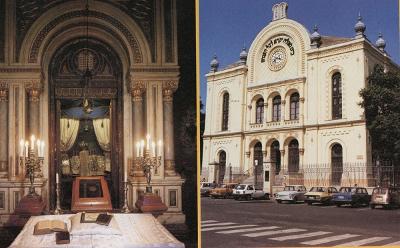 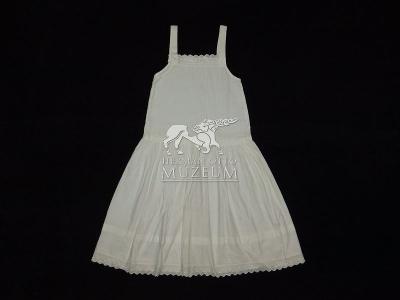 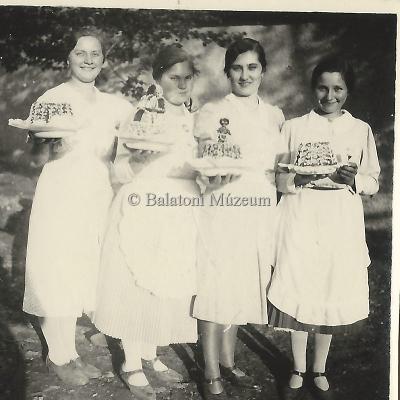 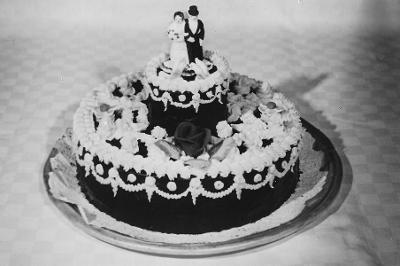 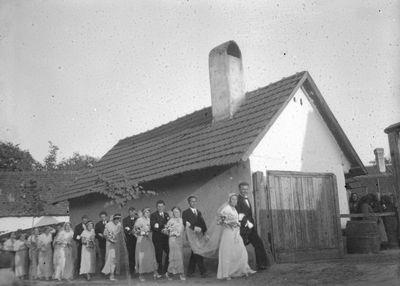 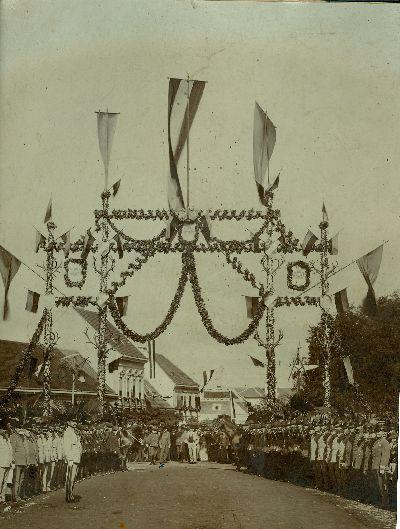 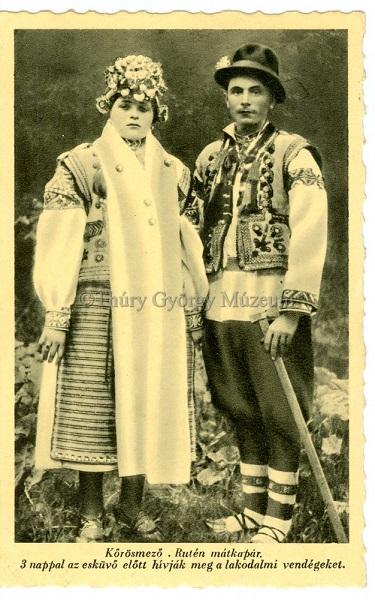 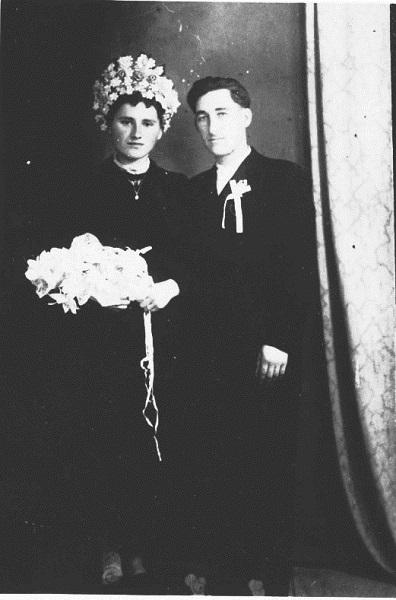 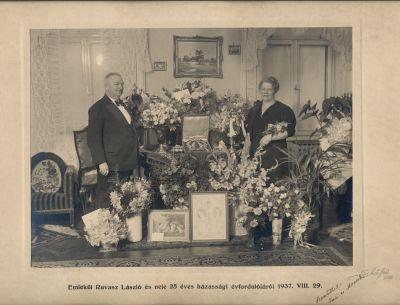 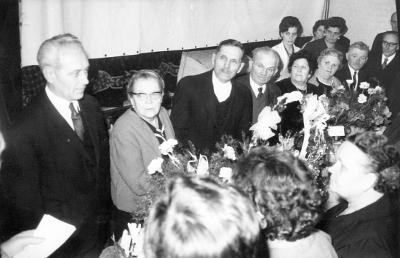 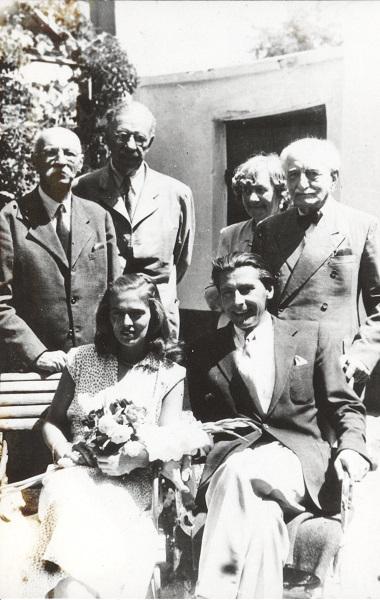 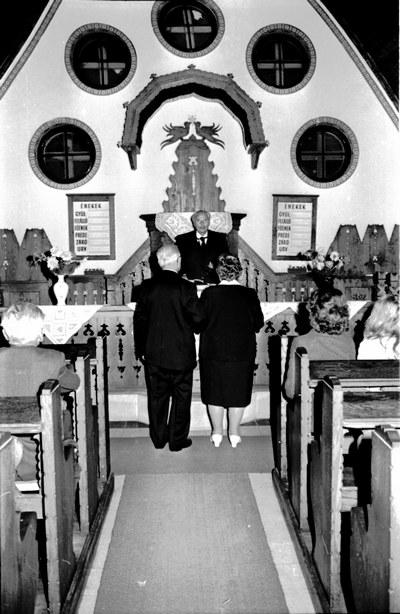 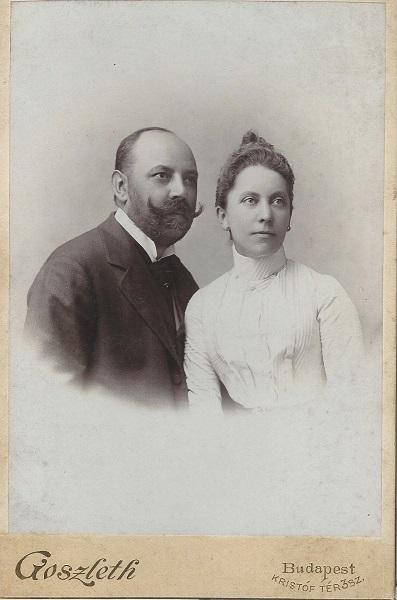 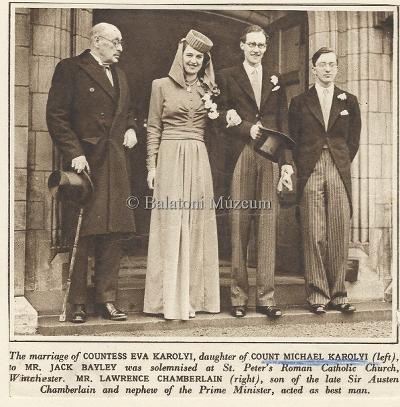 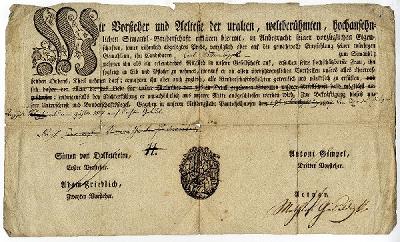 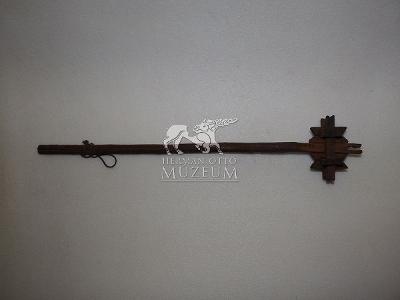 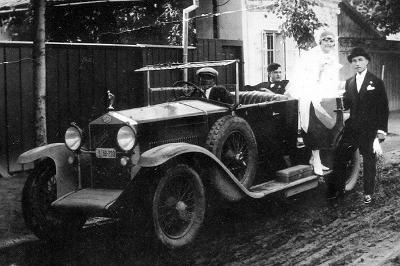 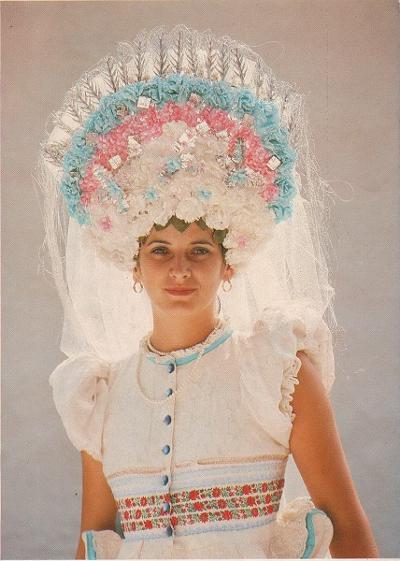 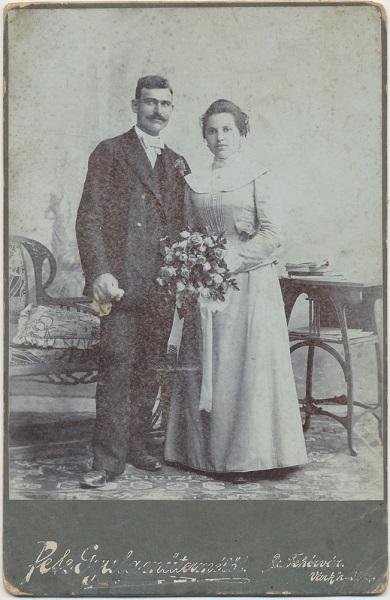 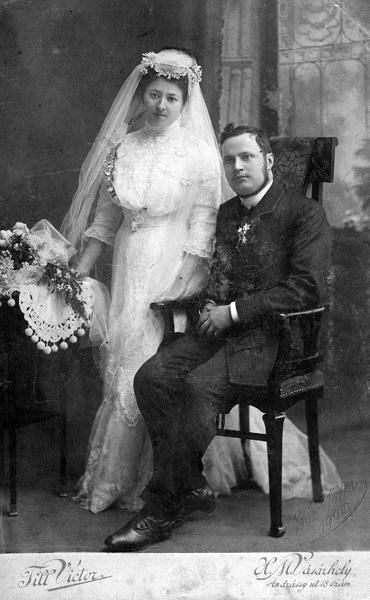 Hungarian folk costumes are traditional clothes that ‘wear’ the characteristics and customs of different regions. The main territories are: Transdanubia, Upper Hungary (or Upland), the Great Plain and Transylvania. There are lots of regions within these territories, having their own folk costumes. The world of colours and motifs of these clothes are fairly varied. Durability was an important aspect when they were made, thus several generations were able to wear them – which is unfortunately unimaginable nowadays in the world of ‘fast fashion’.

In purple and velvet - cloths in folk culture

In winter, one of the most practical clothing accessories is a shawl, which can be worn as a scarf around the neck, or worn on the shoulder, covering your back or covering your head. Shawls play a key role in Hungarian folk costumes. They were tied to the head, neck and shoulders in different, sometimes particularly complex variations from region to region. Their pattern, colour, and material also show a wide variety depending on whether they are intended for casual or festive wear.

Zesty fruits are part of the summer, but it is worth preserving them so that you can avoid thinking of them with nostalgia in winter. We are going to get into the story of fruit preserving and jam making among preservation methods. As a matter of curiosity, the science of jam making is at least as ancient as brewing. You can easily access to recipes as well, because our collection contains a cookbook or rather an electuary book, and you can get familiar with cooking tools too.

As long as the Danube… - hairstyle-historical curiosities

The human head of hair is an inevitable part of cultural history. During history, men usually formed their hair and facial hair according to fashion, followed the actual ruler – and sometimes wore a certain hairstyle because of revolt or constraint. In case of women, mainly in folk cultures, hairstyles always meant something: age, marital status – besides the fashion and revolt. Wearing and presenting hair are immortal symbols of life-force, health, and it also signifies power and is a tool of self-expression.

Pálinka is appetizer before a family lunch, mood enhancer on a friendly party, an obligatory turn at celebrations, and it’s an insult to reject – though this latter is just a bad habit. Hungarians have a saying that means ‘Good morning with pálinka!’ and there are many other ‘nicknames’, you can call it: ‘fence-ripper’ (kerítésszaggató), ‘don’t-tousle-me’ (nerángass) or ‘my grandpa’s muter’ (nagyapám némítója). What you can use for making jam, you can also use for making pálinka – that’s how our old saying goes. You can even still beetroot or poppy-seeds.

The beard is the fur that grows on men’s faces. It covers the lower part of the face and the chin; it can even reach the neck. The area between the mouth and the nose is called a moustache. The beard had crucial functions even in the prehistoric ages. It kept the face warm, protected the mouth from dirt and it also frightened away enemies. During history, it was the symbol of masculinity and potency. It also represented and still represents a kind of coherency among men wearing a beard. Jowls can be found on certain mammals too: for example dogs, goats.