According to the above mentioned so-called Lund Principles, projects Minerva (Ministerial Network for Valorising Activities in Digitisation) and MinervaPlus were launched and the National Representatives Group (NRG) was formed. First only the representatives dealing with cultural digitisation in the 15 member states were involved and after the expansion in 2004 further 10 member states joined the project. From the part of Hungary, the cultural ministry also took part in the consultations and the National Széchényi Library participated in the project MinervaPlus.

Google announces the digitisation of cultural assets kept in libraries

After the announcement of Google in December 2004 about its grand digitisation plans, the retrospective digitisation plan of libraries and archives provoked an intense echo worldwide. The French reacted first and urged a European initiative that would be able to counterbalance the dominance of the English language and information policy.

The European Digital Library project was launched by the European Commission in 2005. According to the fundamental concept, the diverse treasures of European libraries mean a unique cultural heritage of the continent. However, without digitising and sharing them, they cannot fulfil their real mission in the universe of knowledge. That is the reason why it is necessary to create a European digital library besides supporting existing initiations. Its aim was to provide a common surface for accessing digitised documents in member states in the frame of a focused operation that would make this cultural and scientific heritage accessible on the internet in a structured form.

In March 2005, the European Parliament’s and European Council’s decision on ensuring accessibility and increasing use of digital contents in Europe was born. The European Commission’s recommendation on digitisation of cultural materials, their online accessibility and digital preservation was issued on 24 August 2006. At last the recommendation disambiguated the division of labour between the Commission and each member state. Because until then, the Commission entrusted the organising and financing of digitisation to the competent establishments of the member states and as a result, certain governments and ministries rather neglected the area. The recommendation expected advancement from the member states in the following three areas: content digitisation, online accessibility and digital data preservation.

The Education, Youth and Culture Council’s announcement on the digitisation of cultural assets and online accessibility was unveiled in December 2006. Due to that, several initiatives came into being, related to the future European Digital Library, for example TEL (The European Library), TEL-ME-MOR, EDL, TELplus, etc. But the majority of these initiatives was about the search in national library catalogues, and only the minority was about the digital libraries. It is also important to mention the projects MICHAEL and MICHAEL+, which serve searching in the digital collections of museums primarily. MINERVA EC served the cooperation, which aimed to support cultural and scientific content digitisation, between the ministries of the EU member states.

The next milestone was the birth of Europeana, the European Digital Library. It debuted on 20 November 2008, with almost 2 million available digital documents, though only 1 percent of books were digitised in Europe by that time. At the beginning, member state contributions were not balanced – concerning the number of documents published in Europeana -, the quantity and types of materials ingested were rather different from one another. The most active France gave most of the digitised documents, mainly followed by member states that speak world languages. The Dutch national library – Koninklijke Bibliotheek (KB) – was also responsible for several grand digitisation projects. A new goal was set: the idea of ‘mass digitisation’, which aimed publishing the digitised versions of millions of pages on the web. However, mass digitisation has no accepted definition. Google’s debated digitisation programme is considered mass digitisation, because it involves millions of books, not pages. The project of KB was far different from that, because the initial digitisation of the outstanding items of separate collections was changed for the processing of complete collections. But the whole work process and quality standards were adjusted to the requirements of mass digitisation. They aspired to digitise large quantities of text, sound and video materials instead of visually attractive works. (Due to the overload caused by the great interest of visitors, which exceeded expectations, Europeana’s website had to be closed for a month at the start in 2008, but it is now considered as a part of the internet history.)

Europeana’s operator is the European Digital Library Foundation (EDL Foundation), which is registered in the Netherlands and its office is situated in the National Library of the Netherlands (KB) in The Hague. The Foundation makes provision for the resources that are needed for operation, contributes to the sustainability of the portal and provides a legal framework for the public use of contents in the database. Moreover, it promotes concluding cooperation agreements between public collections in order to supply and maintain common portals.

Since Europeana’s foundation, it financed many cooperative projects on different areas of digitisation, standard and infrastructural developments. You can get an overall review of the projects mentioned by clicking on this link: http://pro.europeana.eu/web/guest/projects.

Some significant programmes are highlighted in the following paragraphs: 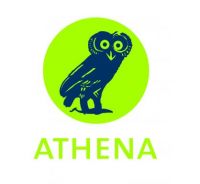 ATHENA, within the project eContentPlus, matched the most important content holders – as a ‘best practice’ initiative – from the museum and other cultural institutional areas in order to urge standard harmonisation, compatibility of applications and formation of the technical solutions for common access.

In the frame of the project EURO-Photo, the ten largest European news agencies published about 150.000 images of the almost one million photos that had been digitised until then. The image collection perpetuates the most important events of the European history as well as the small events of everyday life in a wide range of topics from the beginning of the 20th century to the middle of the 1990s.

The project Europeana 1914-1918 was based on the initiative of the Oxford University, addressing families and private persons in Great Britain. They were asked to create a collection of their personal relics, letters and postcards related to the First World War, so that the ‘private history’ of the first big war could be set up. Later, several European museums, libraries and archives joined the initiative, thus the first online world war collection was created with German, Slovenian, Luxembourgian and Irish contribution besides the British one.

Europeana 1989 was an initiative similar to the above one. Also with the aid of personal historical relics, it commemorated an important event of the most recent history of Europe: the fall of the Iron Curtain and the Eastern European changes of regime.

Europeana Sounds is a project that still exists and provides the frame of the ‘missing’ fifth aggregation of Europeana, the realization of collecting and servicing sound materials, connecting to the earlier archive (APEX), television (Euscreen), film (European Film Gateway) and library (TEL) aggregation services.

Within the project Enumerate, digitisation activities of the member states are measured by questionnaires every year. Filling in the questionnaires is voluntary and anonymous, thus data cannot be followed up to the institutions. Its aim is to trace and compare the member states’ presence on Europeana and their planned digitisation projects and to map the developments. The results of previous years, including the data of the Hungarian participation, can be seen here.

One of the most significant projects of the recent years was Europeana Cloud, which will change the connecting, data uploading and accessing methods to Europeana in the future, according to its goals. Presently, about 5 million digitised contents and 2.4 million metadata are available through the new infrastructure, which will move to the ‘cloud’ after closing the project. The cloud is a virtual database that makes national, sectoral aggregation-technological and information technological developments unnecessary, while it also makes digital content data forwarding and access more efficient.

Apparently, the European Digital Library alias Europeana has brought about significant progress in many areas related to the digitisation of the European cultural heritage. Remarkable thematic projects have been created; IT background and infrastructure have improved, standard harmonisation has started and new partnerships and cooperation constructions have been formed owing to the different programmes. These additional achievements are at least as important in the development of contributing institutes as the online publishing of cultural treasures guarded in public collection institutes.

Next time the important stages of the Hungarian digitisation and the achievements of MaNDA in digitisation will be introduced. We endeavour to keep you informed about the significant and current developments and projects of Europeana continuously. 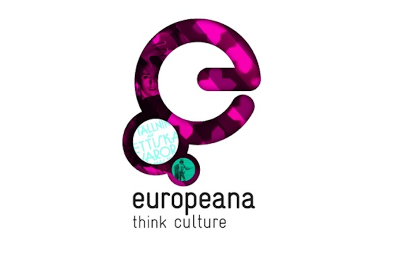