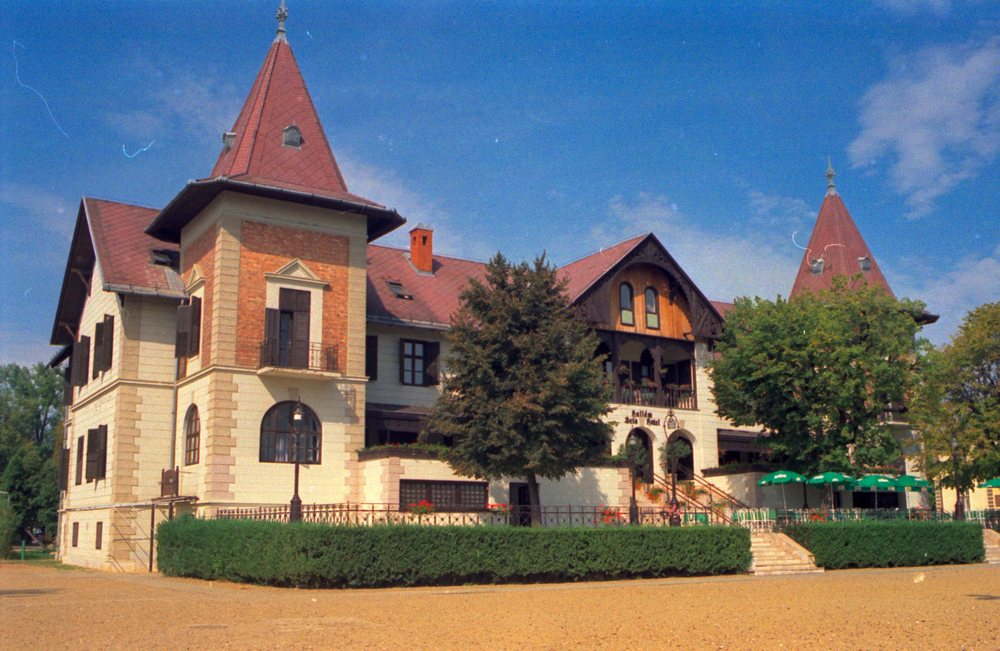 The Hullám (Wave), built in 1883, still shines as one of the gems of Lake Balaton region on the shore of the Hungarian Sea. It was opened in 1894 for the people of Keszthely and those who wanted to go on holiday there. The romantic atmosphere of the hotel is proven by the unbroken enthusiasm for it from the beginning to the present day. The latter is proven by the fact that due to the great admiration, only 3 years after its construction, two towers had to be added, thus increasing its capacity to 50 rooms. In addition, the building shines in its original splendour, evoking the atmosphere of the Monarchy. It was restored in 1988 as the fire of 1912 left traces on it, but retained its original form. It still operates, with more or less modernizations, so it perfectly performs the present hidden in the past. 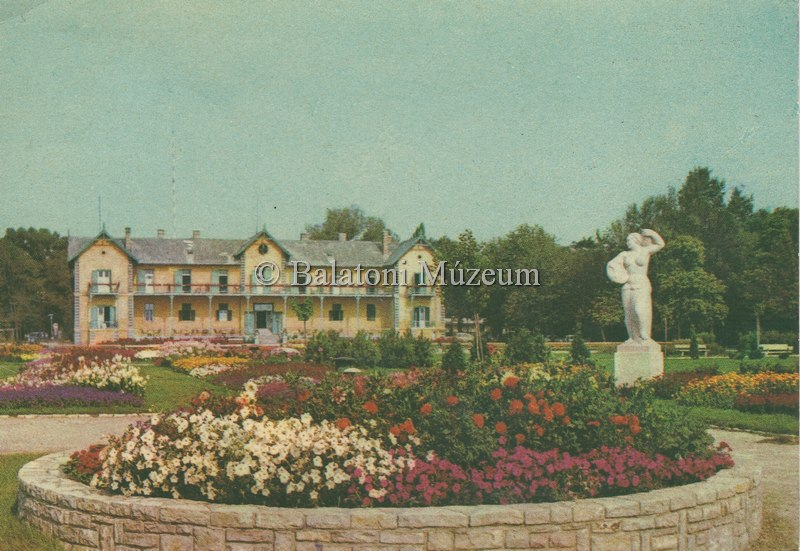 Right next to the Hotel Hullám, the Hotel Balaton stands like a sibling. They are almost the same age; the Balaton is only a year younger, opened in 1895. Unfortunately, its fate was sadder than that of its sibling. As a corporate resort, its condition deteriorated due to the owner’s lack of money and time spent on it. Due to the fire of 2008, the roof structure was almost completely destroyed. It has been waiting empty and deserted for a new owner for years. 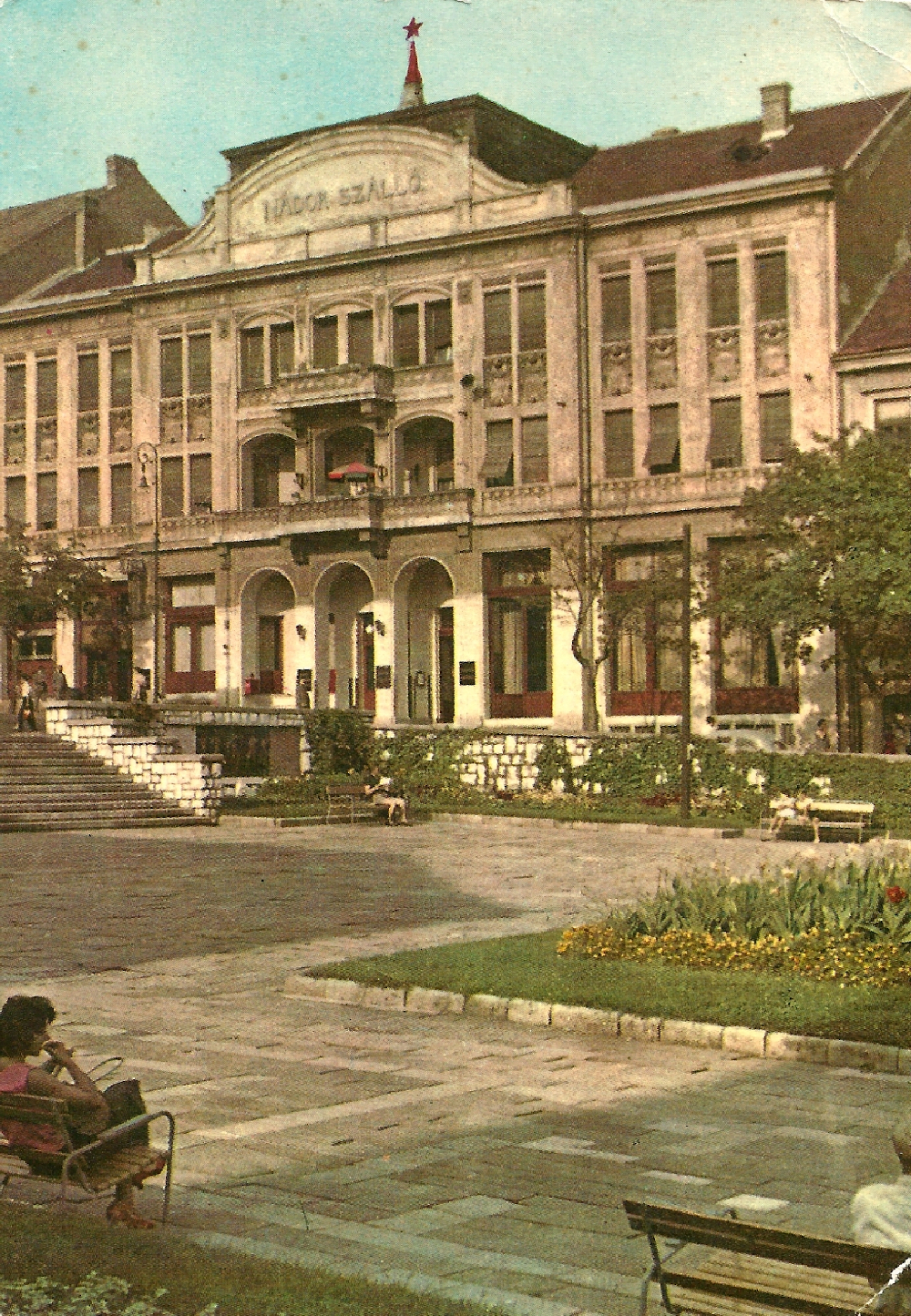 Perhaps the Nádor (Palatine) in Pécs has the most interesting and complicated story. Its owners and tenants handed over the key to each other with such regularity that it is almost untraceable. The predecessor of the Hotel Nádor was an inn on Széchenyi Square already in 1846, which at that time had a café and 30 rooms. Due to its high-quality cuisine and selection of drinks, it became one of the most popular and famous restaurants in the area rapidly. In 1897, the Pécsi Napló reported on it: "… once the intellectuals of Baranya, Tolna, Somogy Counties, which used to go to Pécs in the good old days to shop, have fun and go to balls, did not know other hotels, only the Nádor."

Like all similarly old buildings, this one also needed a refurbishment. In 1902, based on Imre Schlauch’s plans, the hotel was reborn as a two-storey building in the Art Nouveau style. It also survived socialism, and then many well-known figures of contemporary literary and theatrical world turned up in the hotel, which was still popular then. A renovation was also planned in 1980, that is why the Nádor closed its doors in 1988 - as planned for only a while - but we have not been able to celebrate its reopening since that time. A partial reconstruction was carried out in 2004, but the real estate crisis of 2008 hindered the opening again. Over the years, the hotel has changed owners many times, currently standing empty, waiting to be re-filled with hotel guests. Until the interior renovations of the hotel begin, the most colourful works of contemporary fine art of Pécs will be displayed in the Nádor Gallery created here, among unplastered walls and pallets. Besides the artists of Pécs, the gallery provides an opportunity for some outstanding artists from Hungary and abroad to introduce themselves. 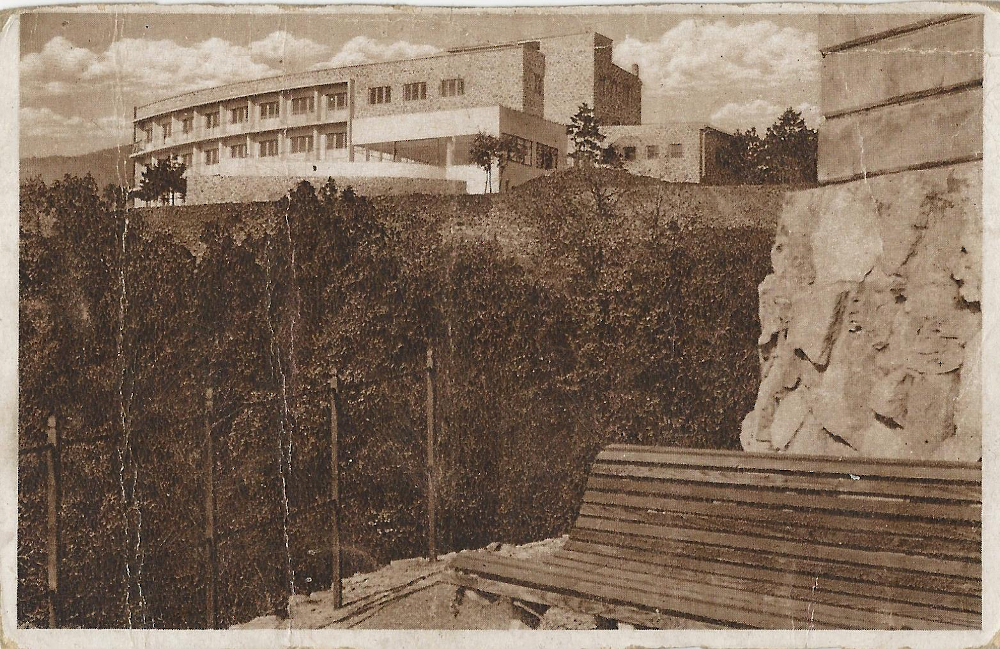 It is daring to design a hotel on a place where there is not even a walkable path. However, the dreamers of Hotel Kikelet (Springtime) dared to take the risk of building a superior hotel. The special feature of the Kikelet is its eternal panorama, a privilege provided by the Mecsek Mountain. It was built in 1936-37 with beautiful views to the surroundings. The Bauhaus appearance is owing to two natives of the city, Alfréd Forbát and Marcell Breuer. The final plans were made by the tender winning pair István Nyíri and László Lauber, who took Andor Nendtwich next to themselves, so the merit is honoured to all the three of them. Besides the view, the speciality of the building is the white cube built next to the main building, where the restaurant is located, with almost floor-to-ceiling windows. 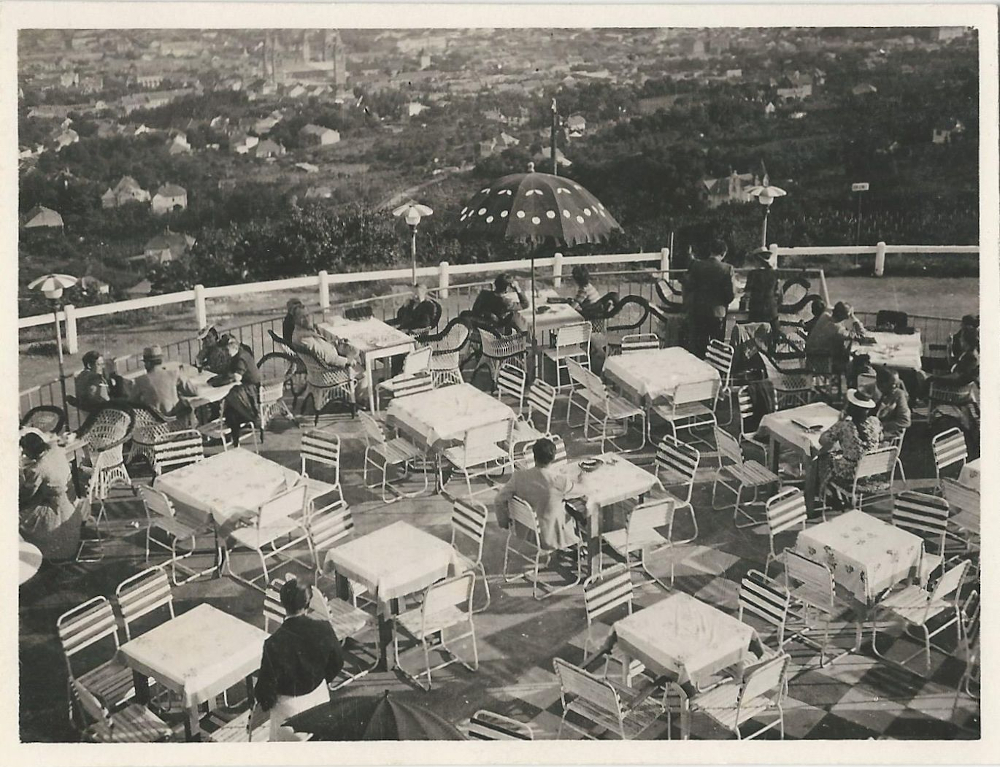 It was renamed during socialism, and operated as Mecsek Resort Hotel run by the SZOT (National Council of Trade Unions). It was completed with a wellness area in 1997, to which an indoor pool was added in 2007. Currently, only the spa and restaurant of the hotel are open to visitors. In addition, it has a conference room, an outdoor and indoor pool, a fitness centre, a bubble bath and, of course, a unique eternal panorama, which you can admire from the stunning terrace as well. By now, it has regained its old name Hotel Kikelet, and besides the national monument protection, it also has four stars. 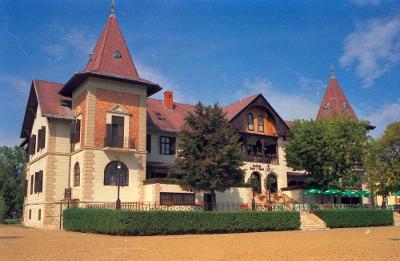 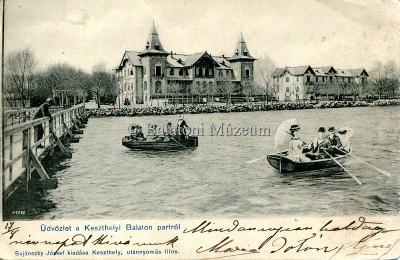 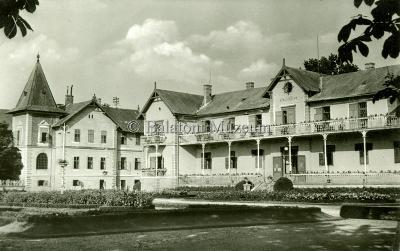 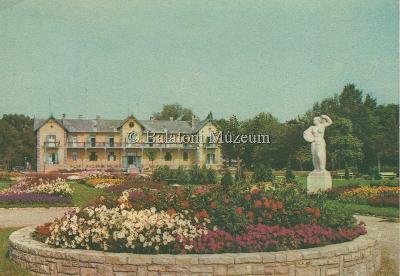 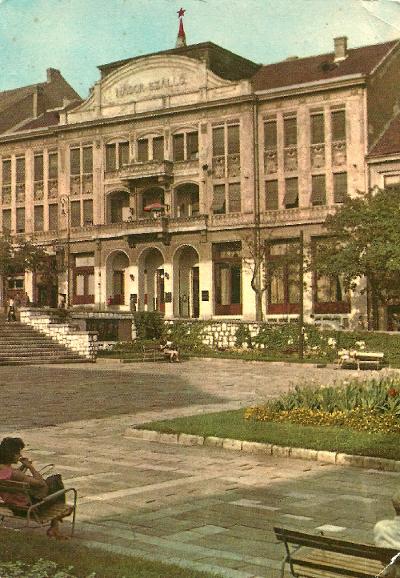 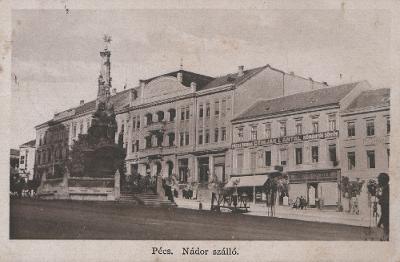 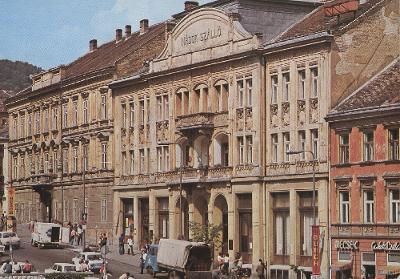 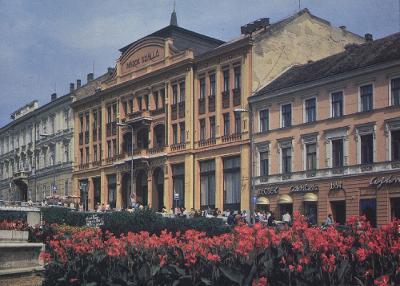 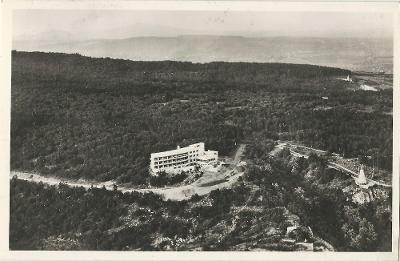 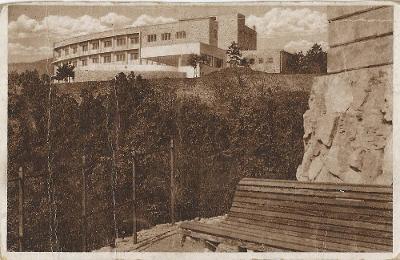 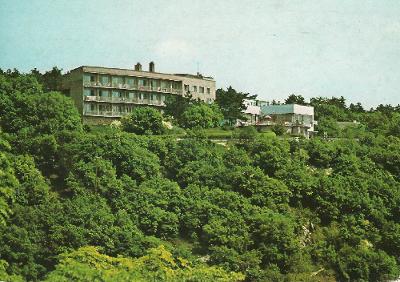 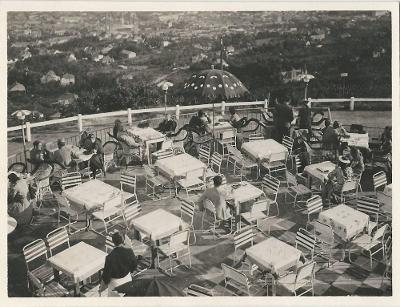 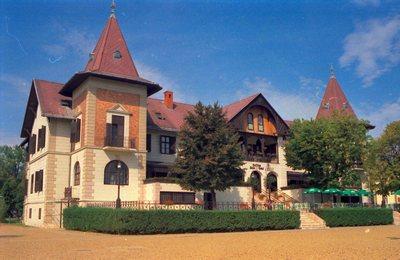 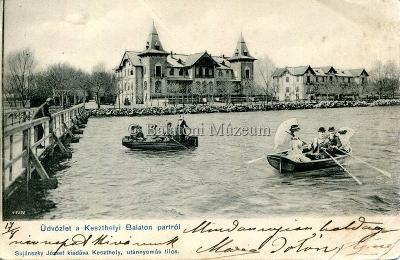 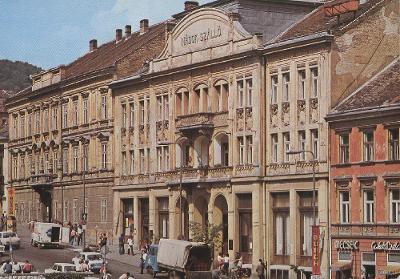 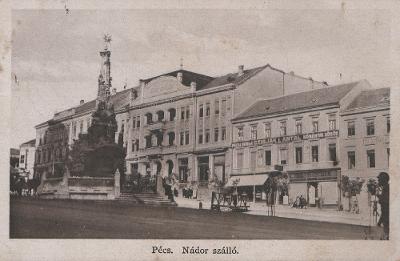 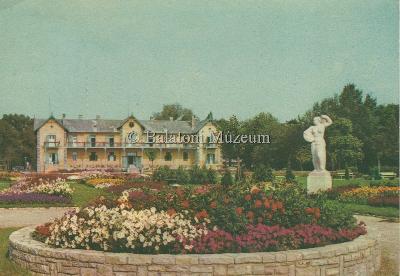 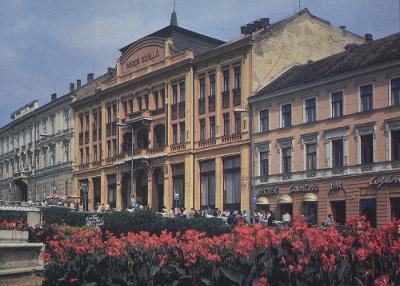 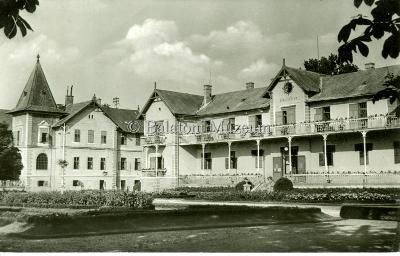 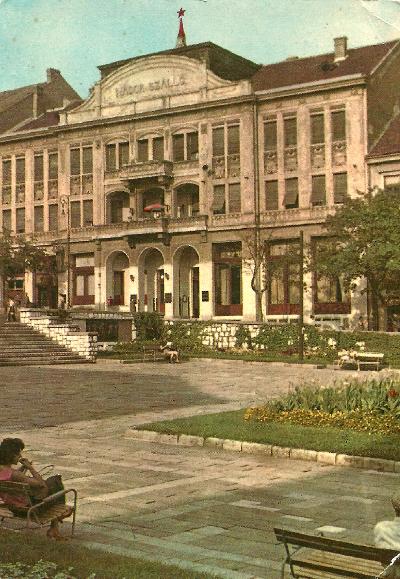 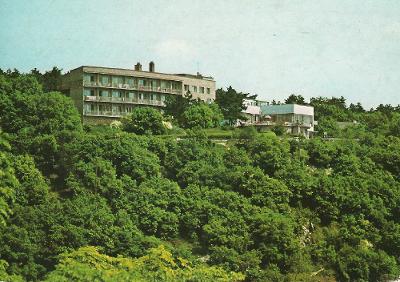 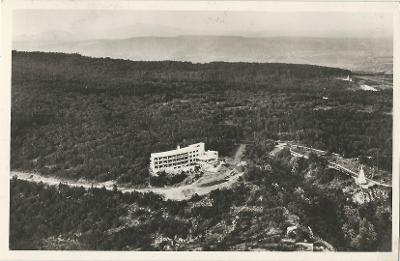 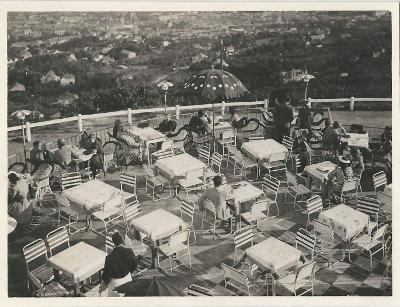 100 stories. They say that the first one is crucial in everything. Who could deny it? But for us, who write and edit the virtual exhibitions every week, each composition is special. Our one hundredth selection is also a special one, and we celebrate it in an unusual way.

The fairy garden of Budapest

Summer and good weather are here and you could have a pleasant day if you chose to walk along Margaret Island in the heart of Budapest. You couldn’t do this 250 years ago, because the island was in possession of the church and then became the palatine’s holiday resort. It was the ranch of rollicking artists for a long period, like a kind of ‘artistic colony’; many of their literary works were born under the oak trees of the island. It is a paradise for spa lovers, the gathering place of professional sportspeople, amateur runners and outdoor yoga practicing persons.

The crown of Mecsek to be reopened

The four-star Hotel Kikelet has not received guests since the fall of 2015. Owner Ferenc Scheffer said then that he had been offering the hotel for sale for three years, and no buyers had turned up until then. The neighbouring Da Vince Private Clinic announced this year that it had purchased the former hotel redolent of age, where they would like to develop a hotel department for patients, a policlinic with 16 surgeries and offices. Besides operating a wellness section, they also want to form a physiotherapy room and to launch physiotherapy treatments. They are planning to open the restaurant and terrace – one of the most beautiful ones in Pécs – not only for the Da Vinci patients but also for the general public.

If the confectionery in Miskolc could have a centre, where the best confectionery shops in the city operated, it was Széchenyi Street. Not surprisingly, as it was the easiest to lure passers-by in the main street to the store for some goodies. Especially if you could get a mouth-watering dessert that even Archduke Joseph praised. The success of Megay Confectionery could not be broken even by an accidental gas explosion; this week we’ll take a look at the history of this legendary confectionery.