Retired lieutenant general of the British Army Robert Baden-Powell alias BP was the founder of the scout movement. After the Boer War, he decided to use his experiences and write a reference book on military scouting. For his great surprise, the volume became extremely popular with school-boys, which inspired him to write the book ‘Scouting for Boys’, and it spread in the British Empire rapidly after its publication. 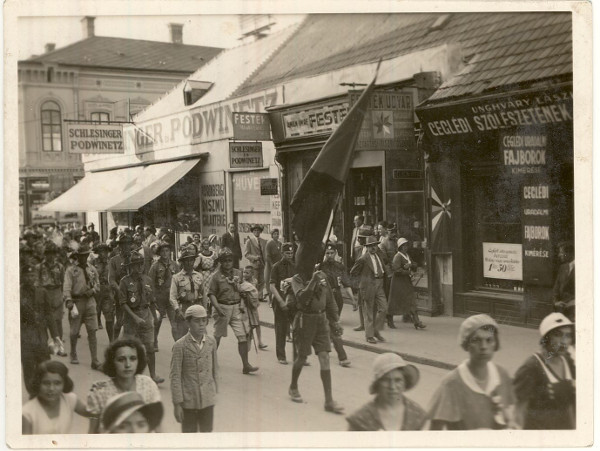 The scout movement started in Hungary in 1910, and was institutionalized in 1912 in the frame of the Hungarian Scout Association. Unfortunately, Hungarians were not allowed to participate in the first World Scout Jamboree after the war, but they had such great successes on the following ones that Hungary could organise the 4th World Scout Jamboree in Gödöllő in 1933. Chief scout Count Pál Teleki and chief scout of the world Sir Robert Baden-Powell inspected the camp every day. Several records were made about the arrangements and the opening ceremony as well.

Scouts were dismissed by the Arrow Cross Party in 1944, and later the communists merged them into the Pioneers Association in 1948, which meant the end of the movement. Surprisingly, the leadership of MSZMP (Hungarian Socialist Workers’ Party) demanded to delete the following expression from the statutes: ‘the child-section of the Party’. The democratic scouting work could restart only in 1989. 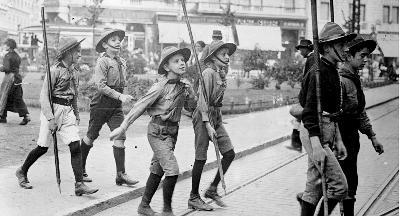 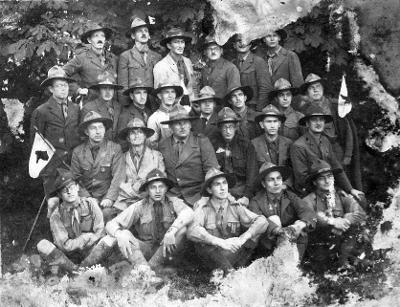 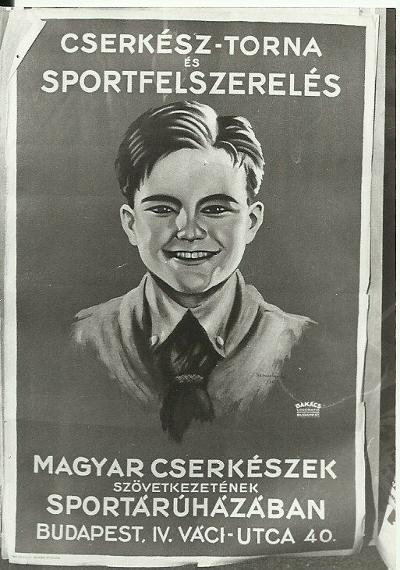 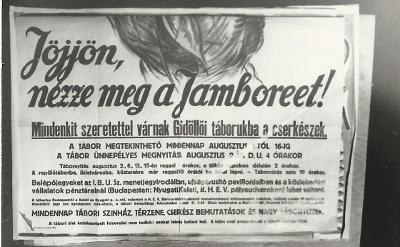 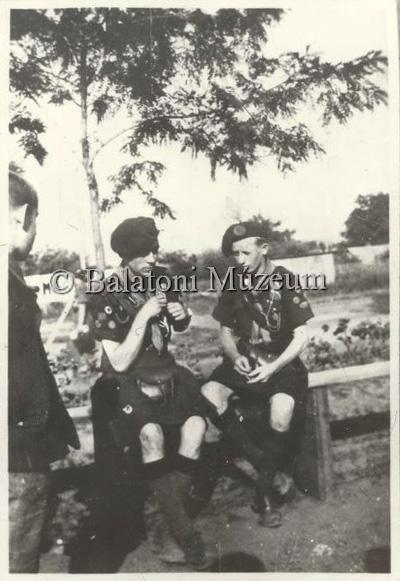 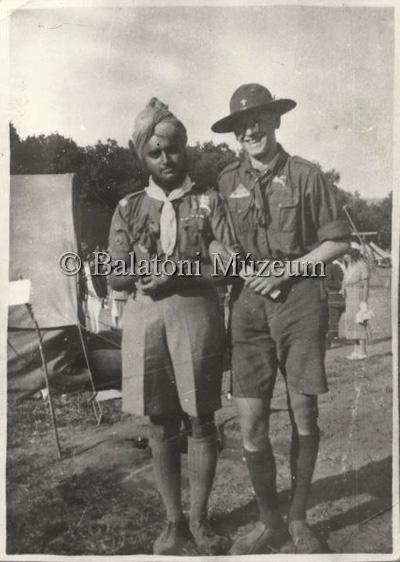 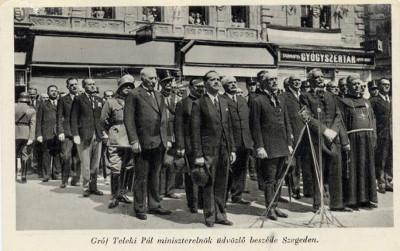 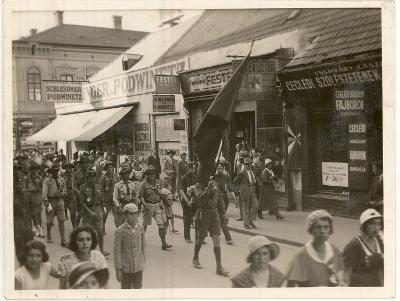 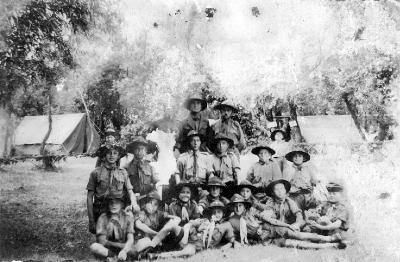 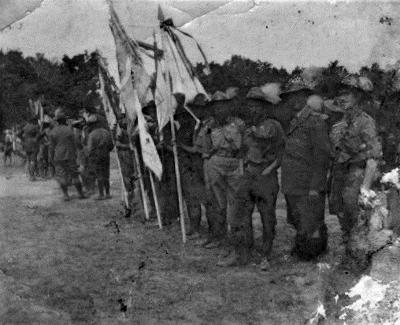 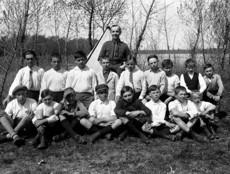 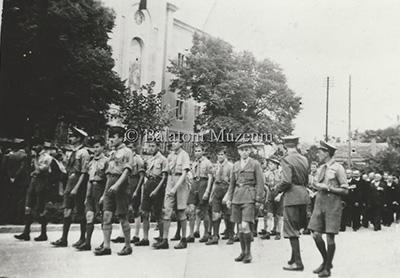 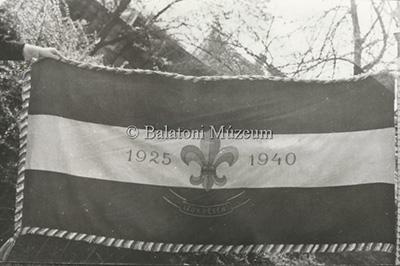 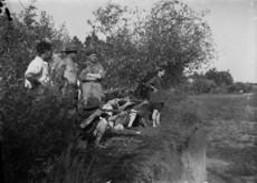 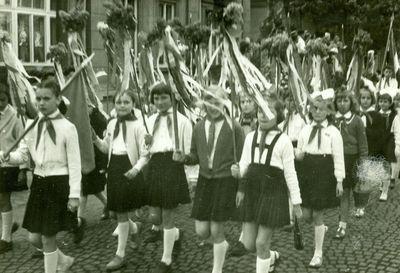 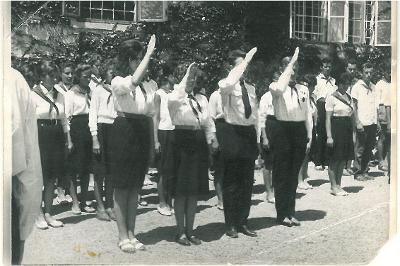 As we are proceeding in autumn, the scenery puts on more and more red and pink shades, darkness starts earlier and mornings turn cooler and cooler. Pumpkins and gourds have already appeared on greengrocers’ stands, and flower seller old women offer asters and rosehips. Deciduous plants have started their annual purifying cure, getting rid of their leaves. Chestnuts are falling, which is excellent material for making amorphous toy horses.

Olympics will be here soon. For many of us it is pure excitement, baggy eyes and daily routine timed to the Hungarian team’s appearance. It is an event that sticks people in front of the telly, even those who are not real sport fans. There are newsreel excerptions in our collection, reporting from the Berlin Olympic Games in 1936, but you can also see parts of the London Olympics in 1948, about Olga Gyarmati’s triumph, who won Hungary’s second gold medal on the competition. You can browse among Olympic badges and stamps issued in the honour of our winners. Besides that, you can see the Olympic relics and medals of gymnast Olga Törös, fencer Zoltán Horváth and Áron Szilágyi and wrestler István Majoros. Finally, you can find out about the hopes of the person who revived the idea of Olympics, and answer for the questions: which were the most troublesome Olympic Games and when was the Hungarian team the most productive.

From the reindeer bone to the skating rink

It is a winter sport that can be done even without snow, and you can do it in the city-centre as well. You don’t need any special qualifications to do it; all you need is some courage, some experience and maybe some company. It is the ice-skating. Budapest and other major towns offer a lot of skating opportunities, but the most obvious solution when you take a fancy for skating is the City Park Ice Rink. 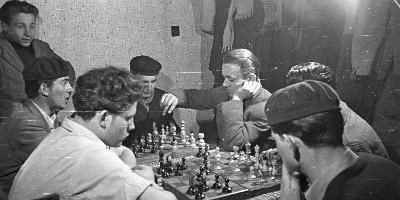 According to what we know today, the game of chess originated in India. It started its world conquest in the 7th century from there, as well as from Persia. It was probably brought to Europe through Arab mediation. Where, when and from whom we Hungarians learned the game is not known. However, the sport of the mind has a rich history in our country too.

History of the Blue Ribbon Regatta on Lake Balaton

In Hungary, sailing was considered an aristocratic luxury initially. At the end of the 1700s, György Festetics was the first to invite his royal guests to sail to Lake Balaton on his sailing boat called Phönix. Later, in 1866, thanks to the tabloid news that Elisabeth of Austria would spend the summer in Balatonfüred, the desire to sail revived. The magnates brought sailboats to Lake Balaton and renewed the infrastructure around the lake to provide the queen with entertainment.

The history of sleighing and skiing

December. Usually, the first snow falls down this time and lakes may freeze in as well. The snow-cover thickness record of 151 cm that fell in the area of Kőszeg in February 1947 could not be overpassed since then. A lot of snow fell during the 20th century, for example there was a memorable snowfall in 1987. What did people of the 20th century do in wintertime? Let us see it now!