Széchenyi founded the Bridge Society in February 1832. In order to gain sponsors for the construction of a permanent stone bridge, he went to a study tour in England. He published a public summons in January 1837, in which he called upon the wealthy to undertake the costs, and invited experts to assist the realization with their ideas. Unfortunately, it did not have significant results. Afterwards Széchenyi asked György Sina to manage the finances of the construction; he accepted it after some hesitation, and founded the Chain Bridge Company Limited by Shares. Sina himself undertook a significant role among the shareholders and persuaded the Rothschilds of Vienna and the Wodianers of Pest to join the company.  Public opinion was rather influenced by the opponents’ group. They were against hiring English professionals for the work, and were also afraid that the foundation would erode causing the collapse of the bridge. 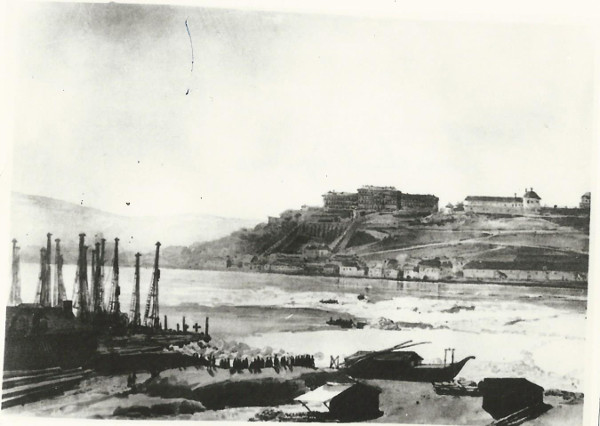 Their worries were grounded: just think of the strong current of the Danube or the big floods later. On the other hand, Széchenyi did not trust in the experiences of Hungarian engineers, thus he managed to induce the majority of lawmakers to approve of the contract that was ratified on 14 May in 1839. According to the contract – that was signed by Palatine Archduke Joseph (on behalf of the Hungarian nation) and György Sina (on behalf of the Chain Bridge Co. Ltd.) – the company was obliged to build a chain bridge with two river piers on its own costs.

The conditions of the construction are well-known by almost everybody. Széchenyi met the British architect William Tierney Clark during his study tour in England and charged him to make a chain bridge type. According to experts, a bridge with fewer piers is a better solution because of ice-packs, frequent floods and erosion, thus they adopted this idea. The foundation stone was deposited in the frame of a festive ceremony on 24 August in 1842. Constructions proceeded without problems until 18 July 1848, when the chain of a tackle broke during the fixing of chains. 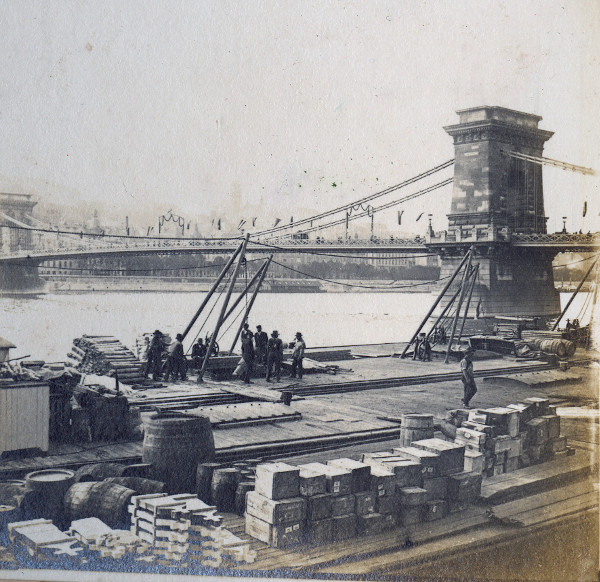 After that the outbreak of the war of independence in 1848 hindered the finish. Finally, the bridge was inaugurated in 1849 in a ceremony led by General Haynau. The bridge has gone through several reconstructions and restorations. In the following newsreel, you can see the inspection of the reconstruction in 1914. 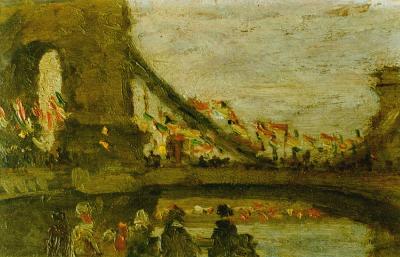 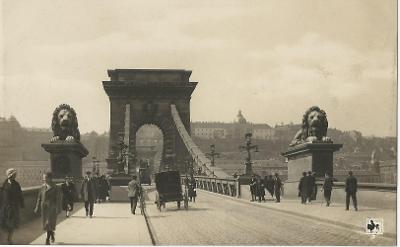 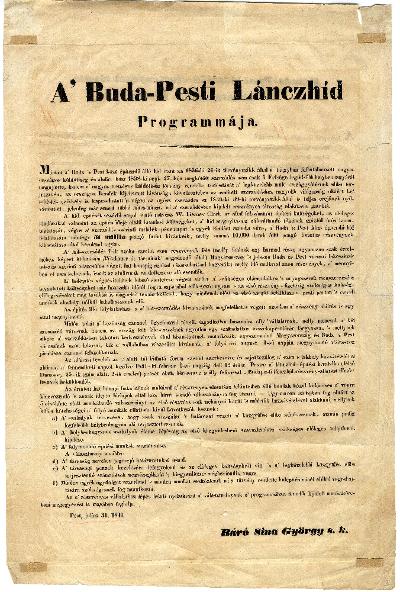 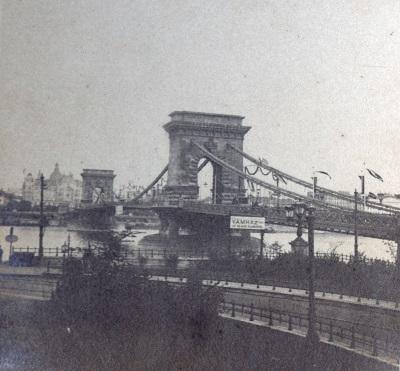 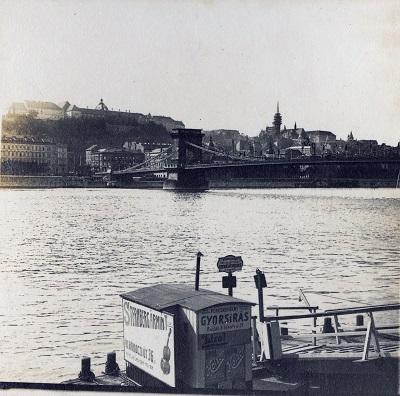 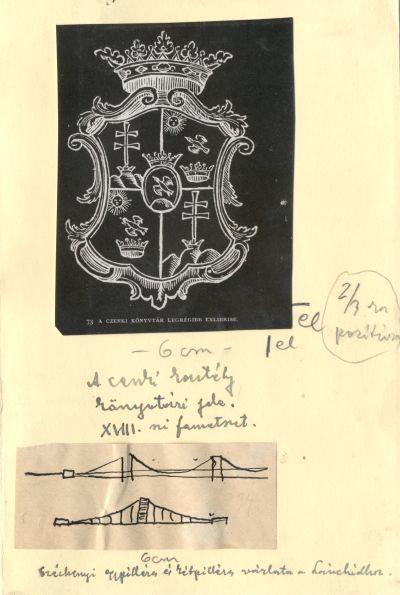 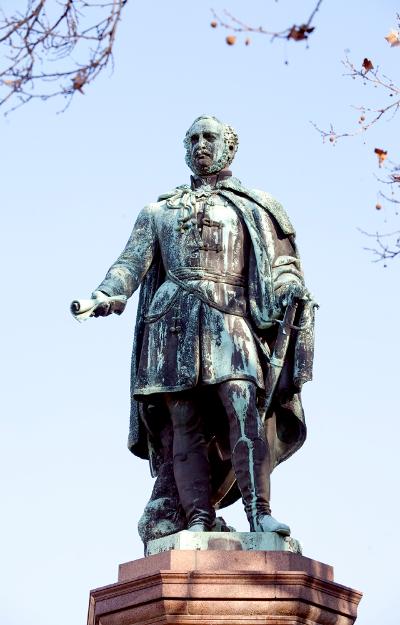 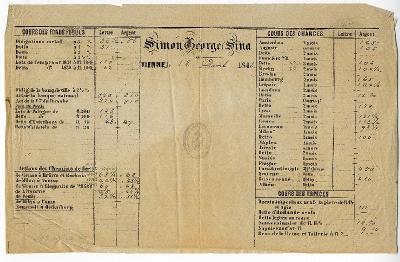 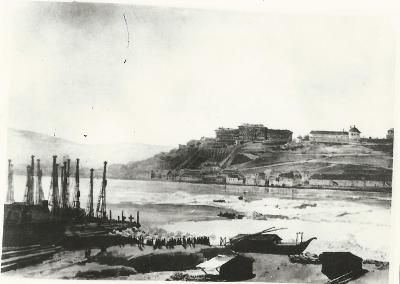 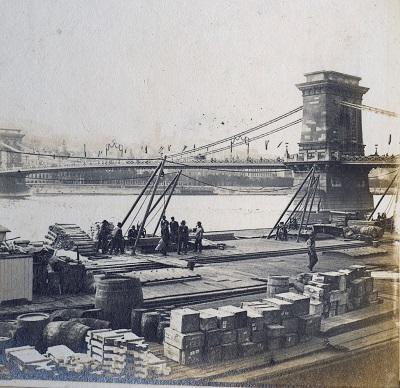 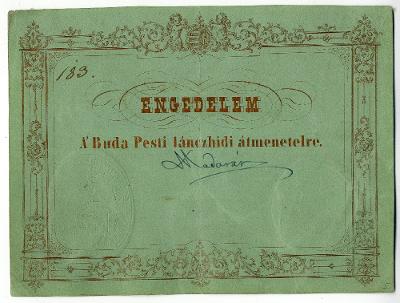 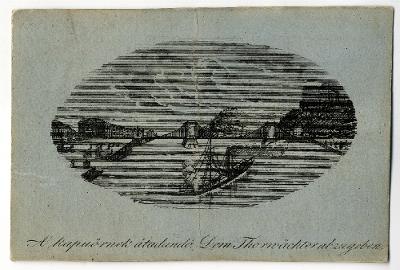 The fairy garden of Budapest

Summer and good weather are here and you could have a pleasant day if you chose to walk along Margaret Island in the heart of Budapest. You couldn’t do this 250 years ago, because the island was in possession of the church and then became the palatine’s holiday resort. It was the ranch of rollicking artists for a long period, like a kind of ‘artistic colony’; many of their literary works were born under the oak trees of the island. It is a paradise for spa lovers, the gathering place of professional sportspeople, amateur runners and outdoor yoga practicing persons.

Time travel on the Grand Boulevard

The grandiose vision of a civil engineer and the extravagant dream of some entrepreneurs materialized in one plan can convince and hold many people, inspiring them to do something for its realisation. The plan, which was about connecting the districts of a city dotted with scrappy one-storied houses, stables and workshops with a traffic route bordered with rows of palaces that could boost the city, was realised partly. This is the inspiring story of the Grand Boulevard of Pest.

During his lifetime, he made so many plans and tenders, sometimes in associations, sometimes individually; some of them were rewarded, yet his ideas did not materialize, other buildings were built, but they are no longer visible today. The most significant work of his oeuvre received a mixed reception among both contemporary architects and the citizens of Pest, and after the completion of the building, he did not receive major assignments any more. Despite all this, we can respect him as one of the most original personalities of Hungarian and even European romantic architecture. We remember Frigyes Feszl, who was born 200 years ago.

I would like to invite you to a short walk in Budapest. Let’s explore which is the most expensive bomb-site of Budapest and why. What kind of buildings stood on the places of hotels on the Pest-side bank of the Danube? How did the busiest or most important meeting-points of Pest – Deák Ferenc Square, Blaha Lujza Square, and Kálvin Square - transform? And why were the City Hall and a whole residential area of Buda demolished?