In 1894, the capital city decided to reuse the old military facilities, and assigned the military depot building on the corner of Fő Street, Corvin Square and Iskola Street for the Budai Vigadó.
The construction started in the spring of 1898 and the internal work already began in the autumn of 1899. It was opened to public on 30 January in 1900, almost 117 years ago. The Sunday Paper wrote about it as follows: ‘It is an old wish of the people of Buda to have an entertainment centre in the Buda-part of the city, to be able to live social life, get together and organize their festivals. Mayor János Halmos took over the palace of Budai Vigadó on behalf of the capital city in the morning of 30 January, while the inauguration gala was held in the evening with a cheerful ball that attracted people into the beautiful rooms from both sides of the Danube.’ 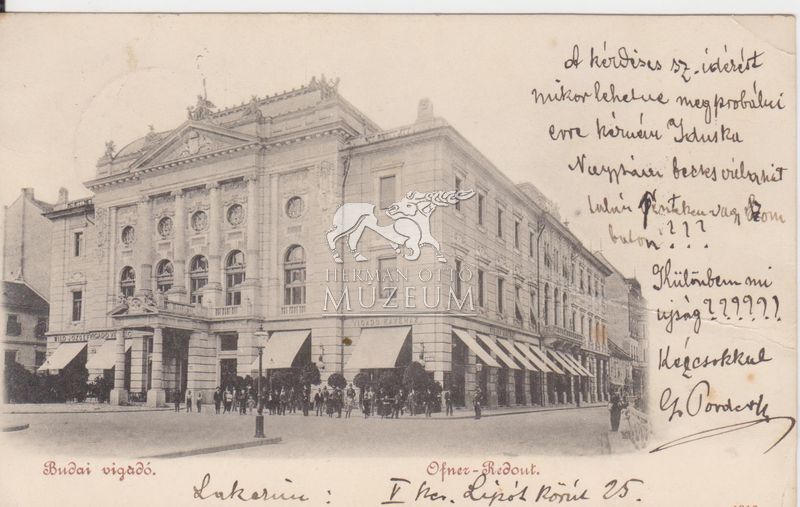 The simplicity of the building façade was counterbalanced by the magnificent internal decoration in art nouveau style. The stairs were lit by hundreds of lamps; the inner walls were painted light-green colour. The interior stucco decorations were delivered by the firms Matscheko and Schredl. You can see in the photos that there was a café on the corner of the building, whose first leaseholder was Ignácz Bauer. A 350-square-meter assembly hall was also situated in the building on the first floor. The room, which was perfect for balls, was lit by 270 lightbulbs and 3 huge arc-lamps. There were large mirrors on the walls besides Erik Pauli murals ‘The Eve’ and ‘The Morning’. On the upper floors, four private apartments were built, though they did not have tenants for a long time, and the public interest in the future coffee house and restaurant was not significant either. The Buda Library Club and the Registry Office of Buda were also operating besides them.The ballroom was later transformed into a theatre with 306 seats. For a while, it gave place to the performances of the Hungarian State Folk Band, who had more than 120 shows here yearly. The Vigadó also hosts the National Institute for Culture and the Hungarian Heritage House.
The building was reconstructed ten years ago, but only externally, thus it was high time to renew it inside. During the present restoration, the founding and the ossature are being strengthened, as well as the roofing that was bombed in the WWII, and was fixed temporarily with asbestic panels.
The building received new functions, because dancers will get a rehearsal room, the interior atrium will be covered and the theatre will regain its original function as a ballroom. The project will be finished by next spring; and after that no more complaints, because Buda will have the deserved Vigadó, too! 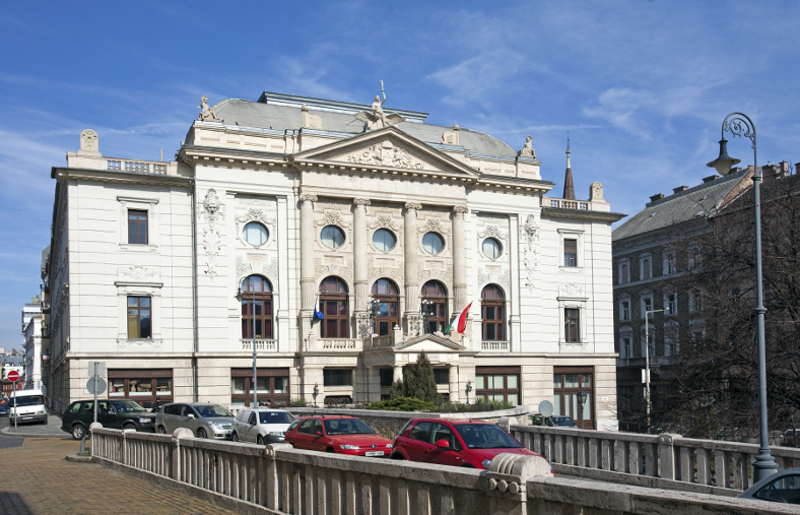 The Vigadó was not only a place of amusement; it also served social purposes, due to its popularity. The following newsreel is reporting on a charity children’s ball from the period.

The newsreel of 1954 shows a short part of the Hungarian State Folk Band’s programme. 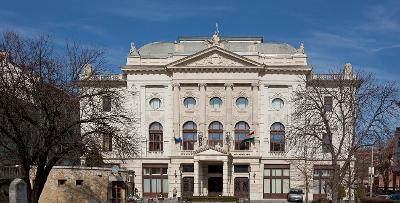 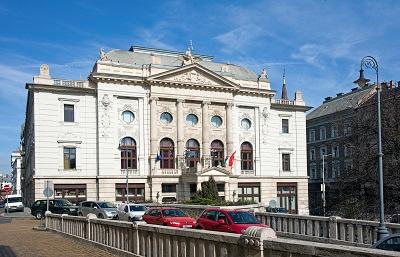 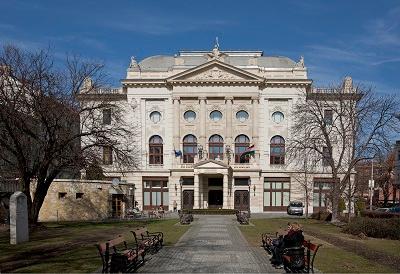 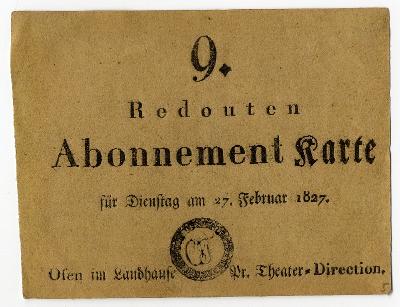 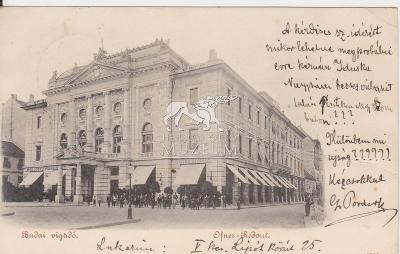 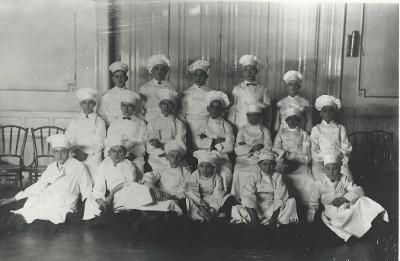 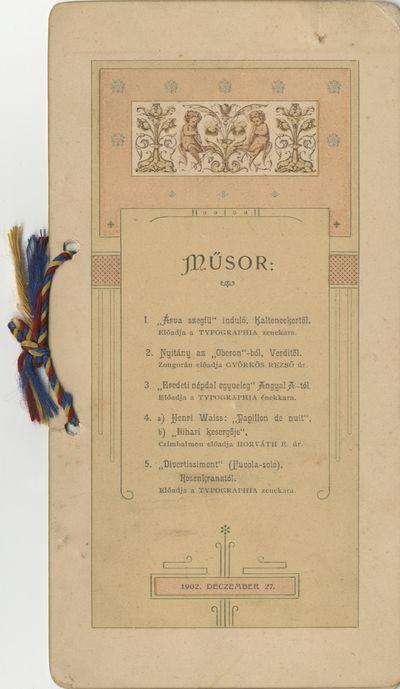 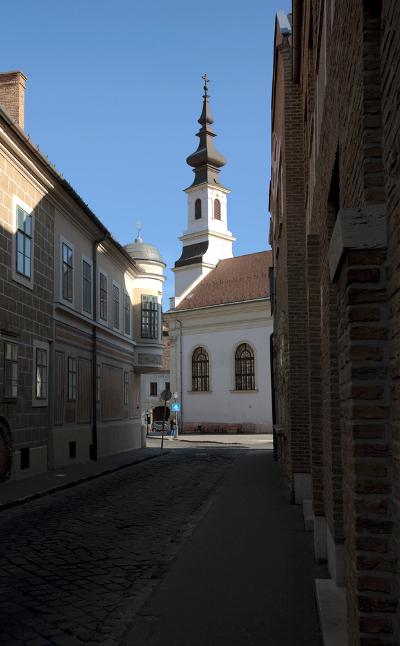 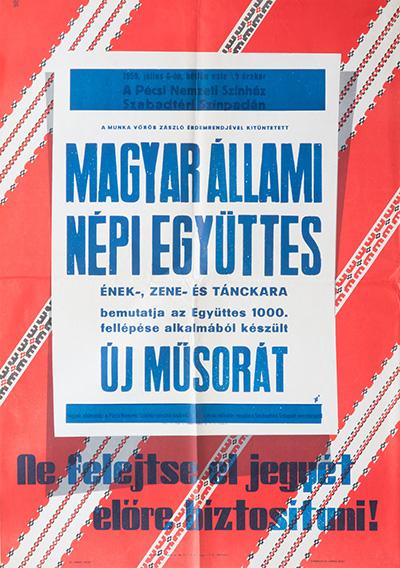 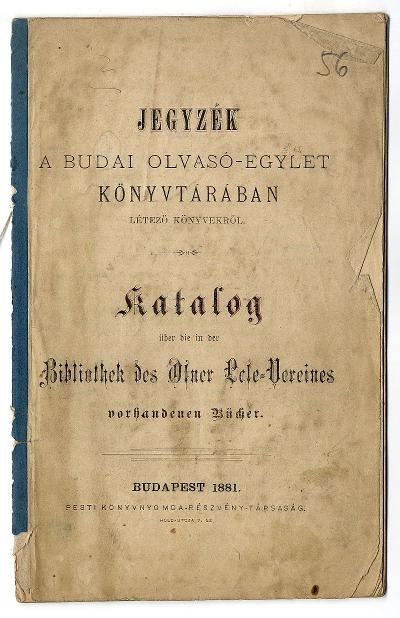 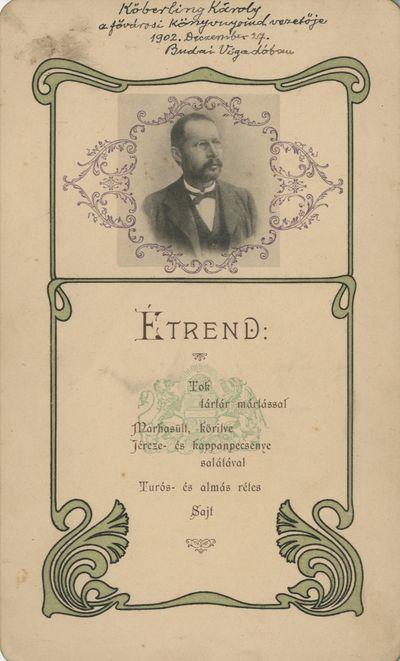 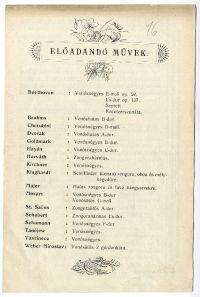 One of the favourite places of our childhood, with many adventurous stories and even more bruised-knee memories. Spherical-, rocket-shape, kitten-shape monkey bars, metal slide, squirrel wheel, concrete table tennis – the children of the second half of the 20th century recall them all with deep emotion. But what were the first playgrounds like in the capital, and when did they start to fungate? Here comes our overview on the history of playgrounds in Budapest. 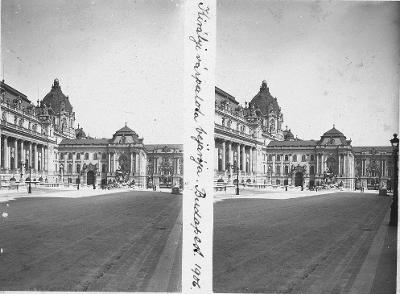 Once and now; a walk in the Buda Castle

The Buda Castle is our emblematic building. During its stirring history, it was under siege at least as many years as it was left abandoned and ruined. Renovations and reconstructions, enlargements and breakdowns formed it to its present shape, which is owing to the reconstruction from the 1960s to 1985. We do not want to make judgements or answer architectural historic questions. This week’s ‘once and now’ selection is about the demolished, transformed or miraculously saved parts of the palace complex. Have a nice browsing!

At the café - better than being at home

Espresso, double espresso, long coffee, cappuccino, ristretto, mocha, macchiato, melange, café au lait, Irish, Turkish, coffee with milk, with ice or whipped cream. With or without sugar. In the morning, at noon, in the evening. At home, in a street, on a veranda, on a terrace, during work or during a break, in a real cup or paper cup, from the corridor machine or at a boulevard café, in any seasons; coffee. One cup of perfect coffee demands 7 grams of ground coffee. But what kind of demand lay behind going to the café at the turn of the century?

Gellért Hotel can be conceived as a kind of time capsule, because it can show its past one hundred years: the detailed elegance of the twenties, the burden of war, modernisation efforts of the seventies and today’s world of taste through gastronomy at one place at the same time. After many years of planning and a long-continued construction due to the First World War, the building redolent with age opened its gates to its first guests one hundred years ago in September 1918.

Being a Rózsadomb (Rose Hill) resident is perhaps still synonymous with wealth. Of course, there was a time, when the image of this Buda area was determined not by luxury villas but vineyards. Then came the grape phylloxera, and the owners, blacksmiths, were replaced by the citizens who wanted to spend their holiday there. We invite you for a walk on Rózsadomb this week.