Once there was a blue dyer mill 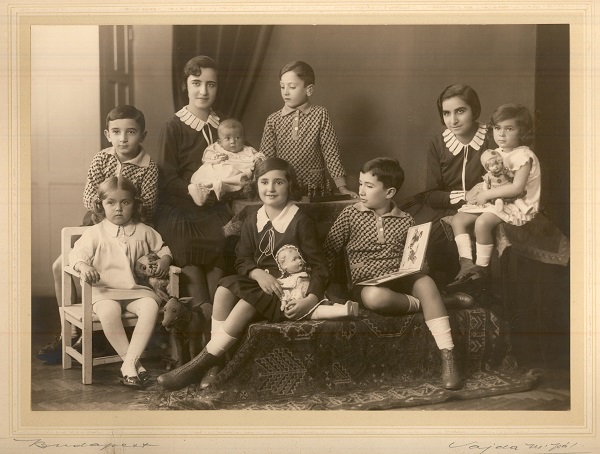 The ancestors of the family immigrated to Hungary from Bohemia and Moravia in the 18th century. Ferenc – whose surname was Goldberg that time – equipped his blue dyer manufacture in the still-existing Lajos Street of Óbuda in 1784. As dyeing is a rather water-demanding process, the location was meant to be ideal due to the nearness of the Danube and so it was, the firm became a profitable enterprise owing to the ambitious leading during a couple of decades. They bought a perrotin stuffer first in the country in 1845, which made dyeing automation possible. They did not miss the events of 1848 and provided the Hungarian army with uniforms. Unfortunately, after the defeat of the war of independence, Haynau punished them and levied a huge amount of indemnity on the rebellious Jewish family. A few years later in 1854, they received the wholesaler right in Pest again. In addition, Franz Joseph I also ‘forgave’ them and gave nobility to the family, thus they got the name Buday (Budai) before their surname. 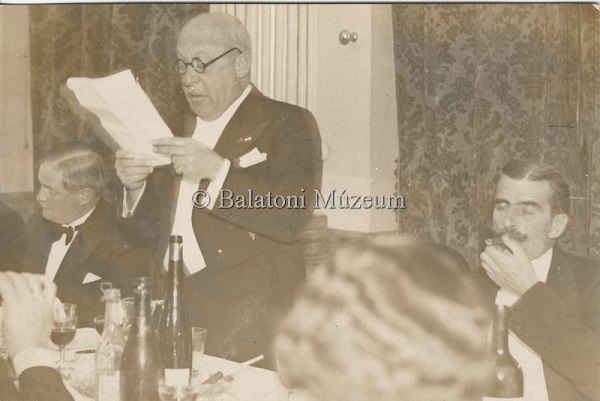 The factory became a real large-sized company under Bertold Goldberger’s leadership at the beginning of the 20th century, when several modernising measures were introduced besides large-scale constructions. The determining technology of the period the roller-print was installed, which allowed them to print 8- and 12-colour patterns besides blue dyeing. Nevertheless, the crisis did not avoid the textile mill either. When Leo Goldberger took over the company from his father in 1913, it was on the edge of bankruptcy. The crisis affected not only the Hungarian textile industry, a global over-production had been developing by 1914, and only the WWI could pull the textile industry out of this state, because the army’s orders flooded all fields of industries including the textile industry. By the end of the war, the factory became profitable again, and owing to Leo Goldberger’s ingenuity, the second heyday of the company began.

The boom was partly because they managed to purchase the exclusive Hungarian common right of the synthetic spun silk called ‘Bemberg’ that was created in Germany during the 1920s. After several years of experimenting, the factory’s own rayon ‘Parisette’ was born. The contemporary press praised the new material, on which the most beautiful patterns were printed. It became incredibly popular because of the illusion of silk and its favourable price, and advertisements of course. Goldberger-Bemberg fashion shows were held every day on the event ‘Magyar Hét’ (Hungarian Week) at the Corvin Department Store. Leo Goldberger was a talented, assertive businessman, who always recognized opportunities, thus he had great influence. Although he had a direct contact with the Governor, he was arrested first by the Gestapo on 19 March 1944. His wife and daughter used every endeavour at 60 Andrássy Road (Hungarian Nazi Headquarters) to save him, but in vain. He died as no. 65354 prisoner of the concentration camp in Mauthausen (Austria) at the age of 67. His factory was socialised, but it preserved the memory of the illustrious factory for many years, not only in its name. The factory operated in the 1960s under the name Budaprint until 1989, when it went bankrupt. Leo Goldberger’s daughter tried to revitalize the company and looked for investors, but without success, thus the company was wound up. This meant the end of a more than 200-year-old factory. Some pictures and newsreels survived, like this propaganda film from the 1950s boasting with the ‘Goli’. 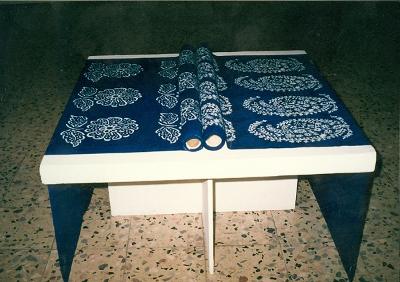 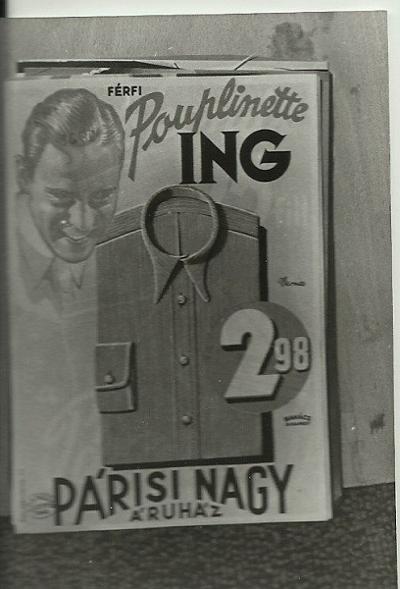 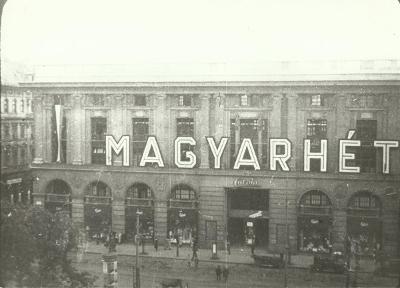 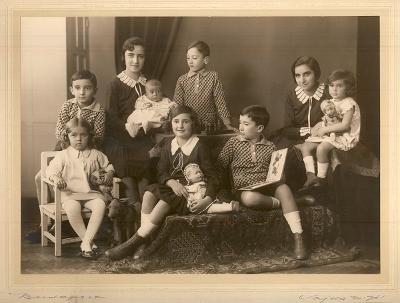 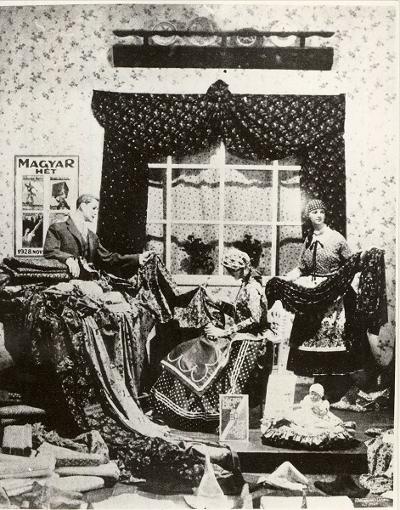 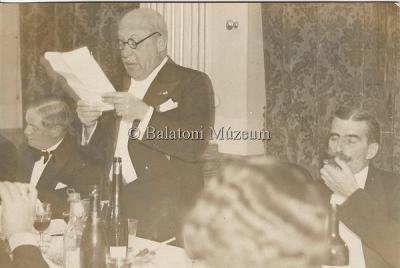 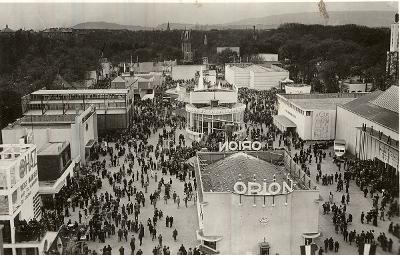 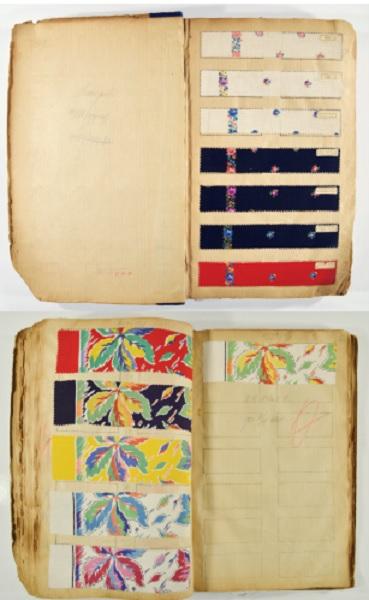 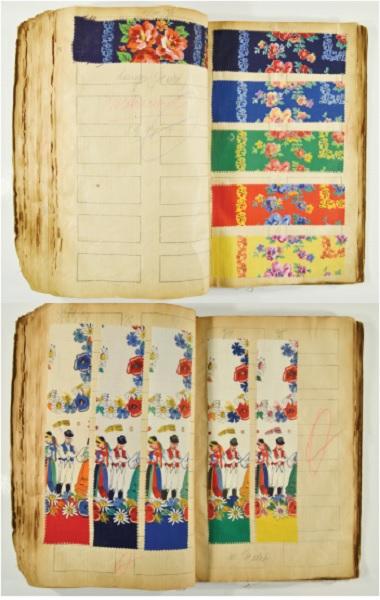 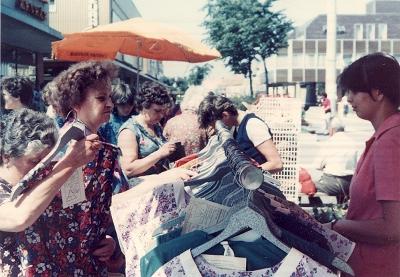 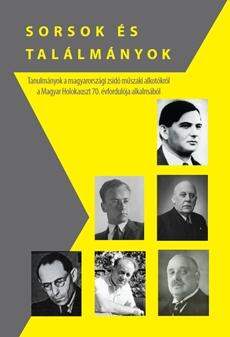 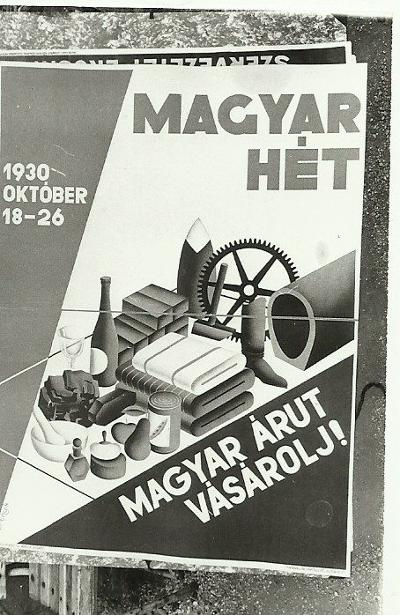 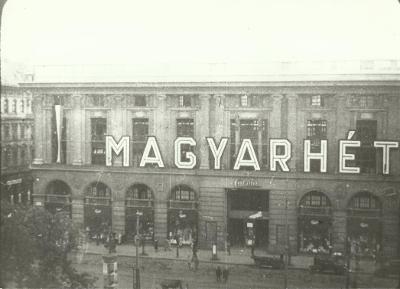 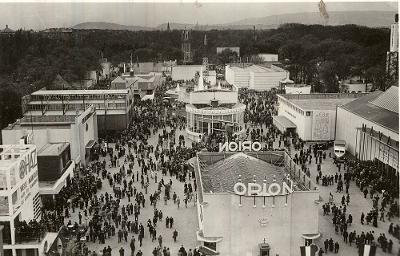 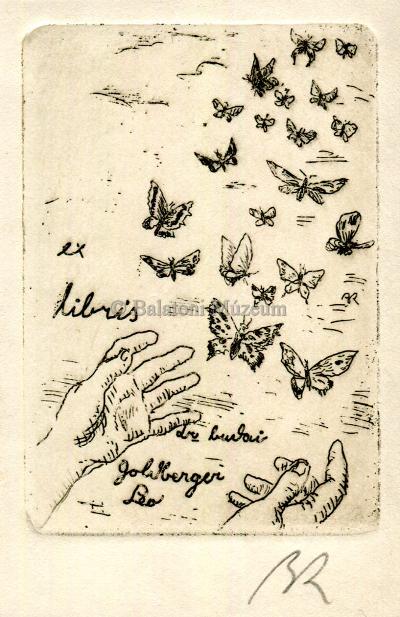 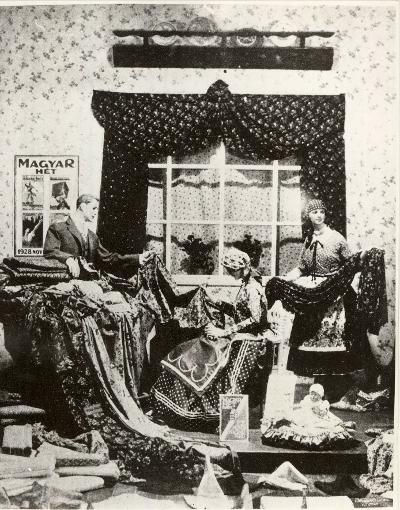 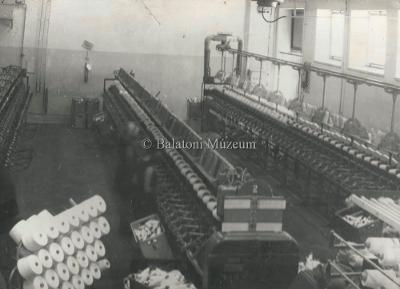 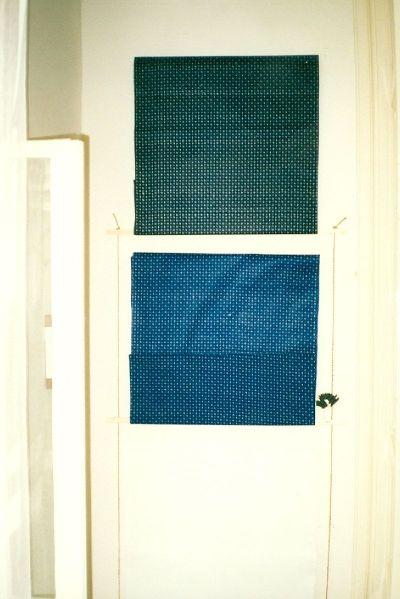 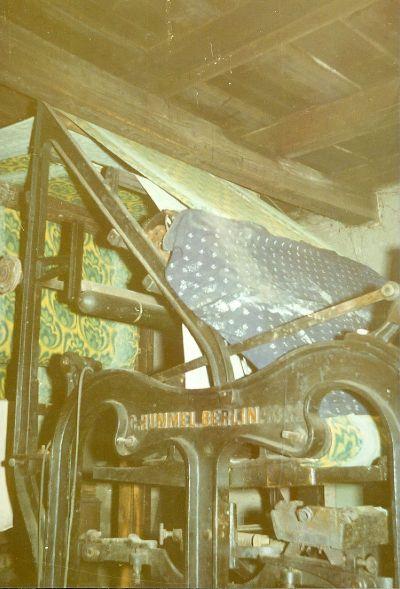 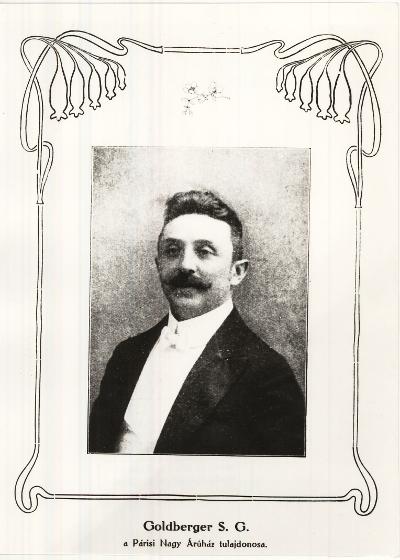 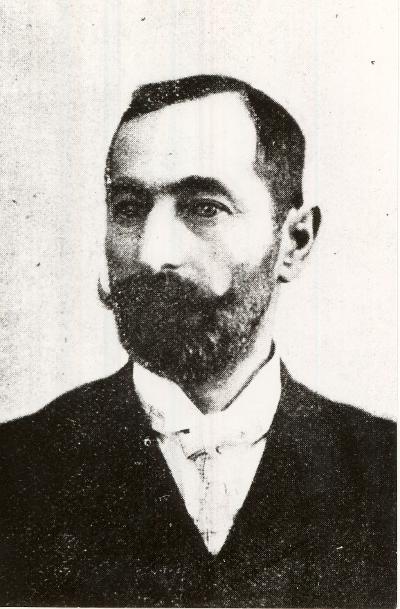 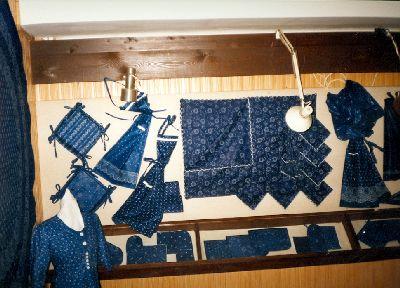 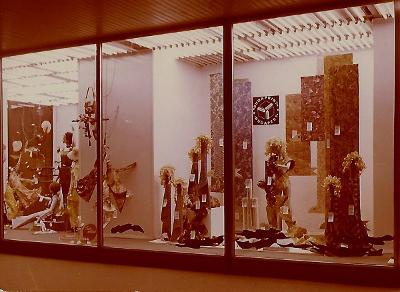 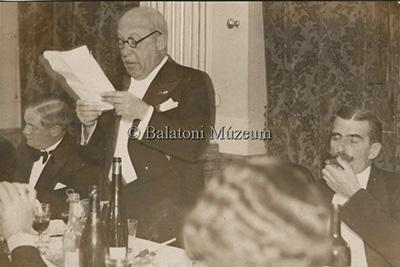 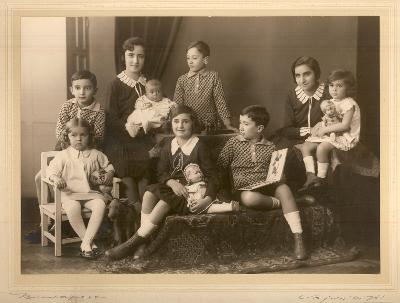 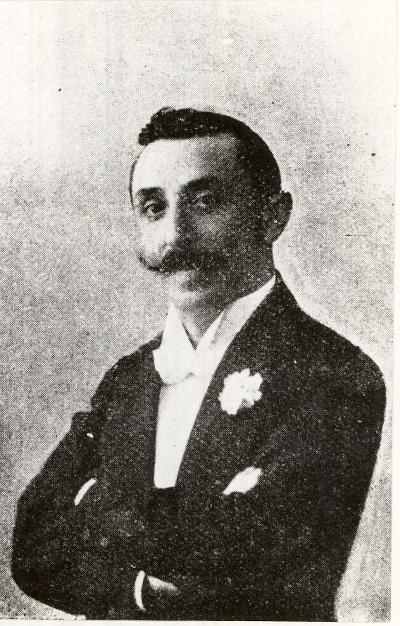 The moustache is a part of men’s facial hair that grows between the nose and the mouth. It is a secondary sex characteristic that also has an aesthetic function. In certain social groups, it is an identity creating power and a fashion phenomenon, a symbol that changes during history. They have a different role in the animal world: antennas and olfactory organs that help night animals, mainly felines and other small mammals. In the case of fishes (including catfish and carp) the moustache-like dermal pendants also serve sensing and orientation. You can even find birds with whiskers.

In the third part of our fashion historical review, girls of the twenties and thirties were already working and having fun carefreely. Both activities required comfortable clothes. Flapper girls with bob haircut danced Charleston on dance-parties. Masculine characteristics appeared on women’s clothes; Marlene Dietrich proved that even trousers could be feminine. Gentlemen already without beards wore suits, bow-ties and varied hats.

Hungarian folk costumes are traditional clothes that ‘wear’ the characteristics and customs of different regions. The main territories are: Transdanubia, Upper Hungary (or Upland), the Great Plain and Transylvania. There are lots of regions within these territories, having their own folk costumes. The world of colours and motifs of these clothes are fairly varied. Durability was an important aspect when they were made, thus several generations were able to wear them – which is unfortunately unimaginable nowadays in the world of ‘fast fashion’.

History of an ironmonger family

The former building of the ironware store is still one of the most beautiful apartment palaces of Üllői Road, but you can hardly notice it when walking in the street. You can see an inscription on top of the house “Heinrich Court” and a neon sign “Ironware”, which preserve the past of the commercial house as a memento.  This week, the family Heinrich’s story revives, which is actually the chronicle of a firm that prospered during five generations.

Although it is natural now that you can take a photo in seconds, you rarely think about how rugged road led to quick photography and to the possibility of making good-quality photos. In the beginning, the incipient accomplishments achieved by inventors were considered as sensations, but later, the occurring deficiencies, new demands and fortunate circumstances resulted in the development of methods. At the dawn of photography, the invention of the silver-plated copper method as well as the glass plate negatives were regarded as an important milestone.

The second half of the 19th century was the beginning of the Austro-Hungarian Monarchy period and the late Victorian era. This was the time of the American civil war, the colonisation rivalry and the second industrial revolution. The time of grandiose dress creations: the ladies’ spectacular appearance has been still recalling the typical nostalgia for the period. On the other hand, gentlemen’s costumes did not really differ from formal attires of today’s men. With the portrait photos of our database, we are going to show what kind of clothes they wore during these decades.