The first ice-cream recipe was owing to Marco Polo, because he brought several ones with him when he returned from his Chinese journey. Allegedly, it was Bernardo Buontalenti, who made the first real ice-cream in 1600 for the wedding of King Henry IV of France and Marie de’ Medici. It was made of snow, salt, lemon, sugar, milk and egg white. 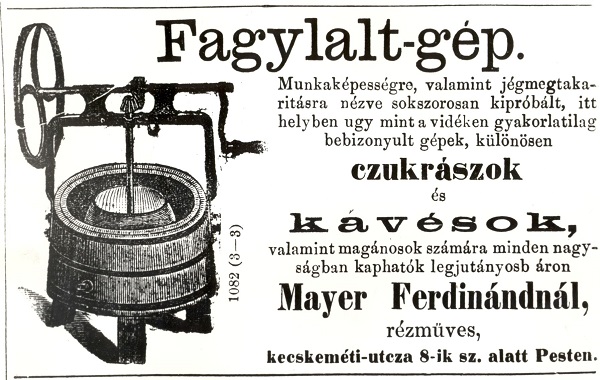 The first stall of the icy dessert was at a café in Paris, and its maker was an Italian confectioner of course. The stall was open during summer and only lemon ice-cream was available. They could meet then the first obstacle of spreading it because its continuous cooling was not solved yet. 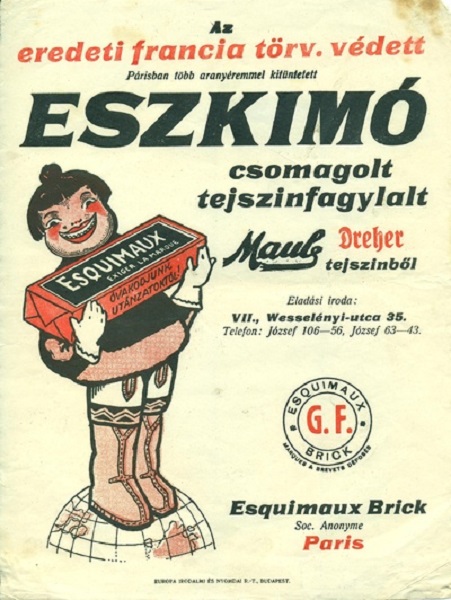 Ice-cream arrived in Hungary via Austria, nevertheless certain sources mention that it had already appeared in King Matthias’ court owing to Queen Beatrice. The fact is that the Transylvanian cook book Szakáts mesterségnek könyvecskéje (1698) contains several ice-cream recipes in Hungarian language. The first ice-cream machines were propelled manually, usually by servants. There was a drum filled with the refrigerating mixture of salt and ice holding a smaller drum in which the mush-ice was being stirred. When refrigerators appeared, the earlier impediment ceased and the fear of stomach infection was also gone. 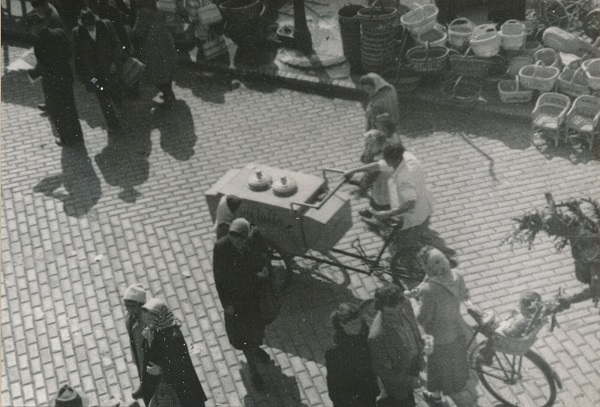 Still some news about ice-cream poisoning occurred, for example about the legendary Jégbüfé (Ice Buffet), which was famous (and later infamous) not only for its waffles and cakes but also for its delicious ice-cream. During the 1950s, the wooden cabinets of the confectionery filled with real ice were stored in the cellar, and the cellar was full of rats, just like everywhere else in the city centre of Budapest. Thus, rat poison got into the ice-cream that caused mass poisoning.
As of the 20th century, the industrial ice-cream production has conquered the market: the artisan technology has been changed by the automated ice-cream fabrication (from ice-cream powder, milk powder, water, artificial flavourings and additives). However, artisan ice-cream stalls have not disappeared either. You can have gluten-free or lavender ice-cream, or a cooling icy dessert from the Albanian bakery, the main thing is diversity. 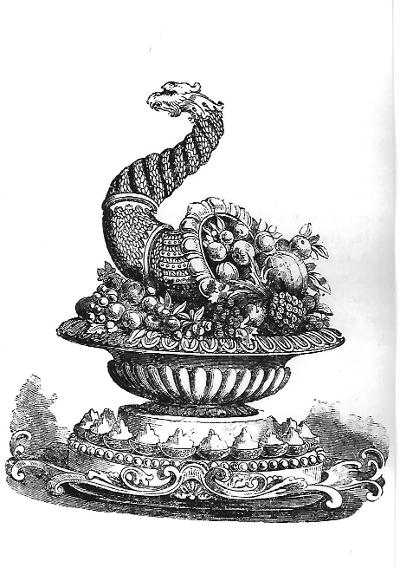 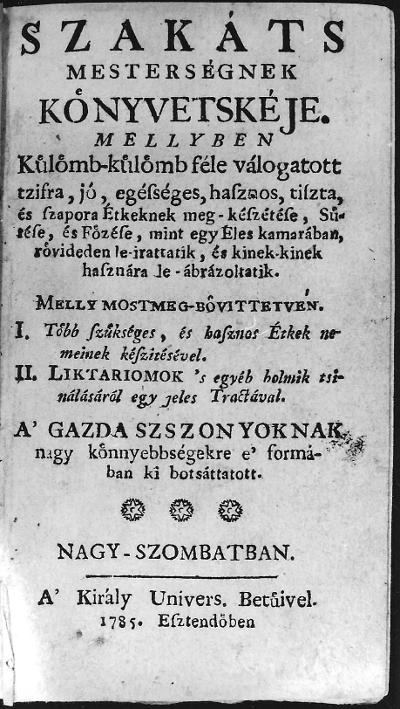 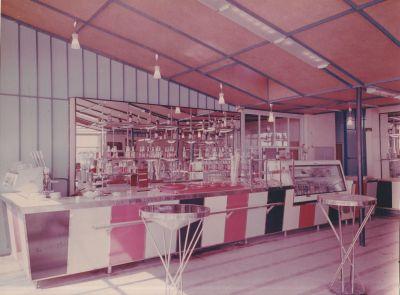 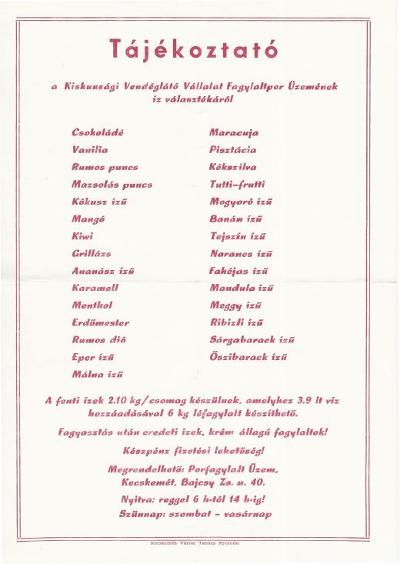 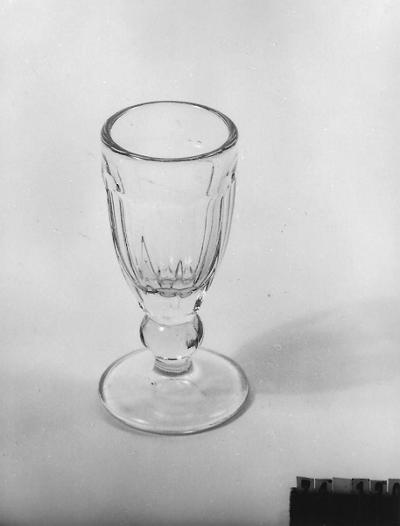 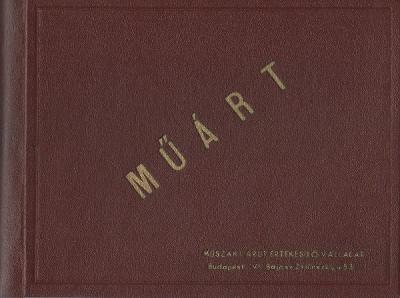 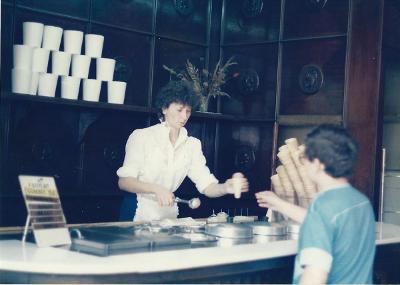 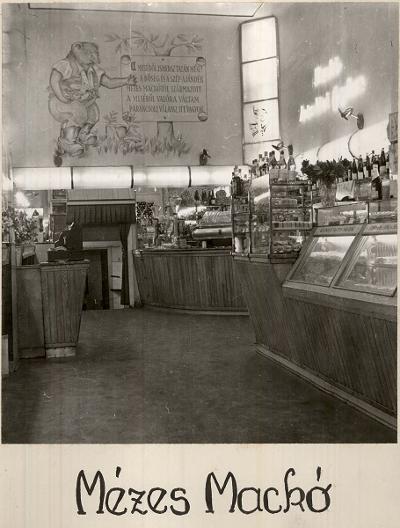 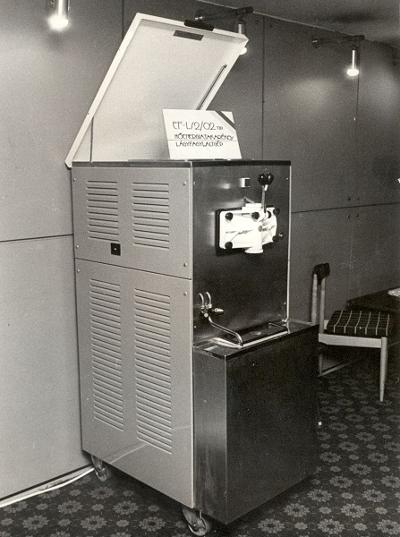 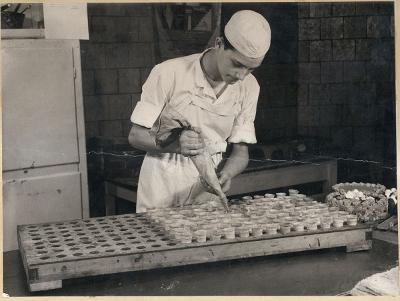 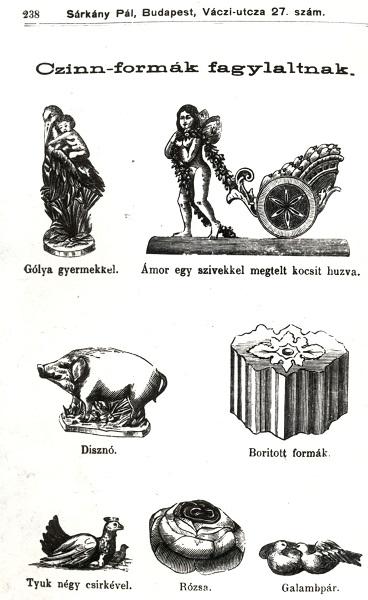 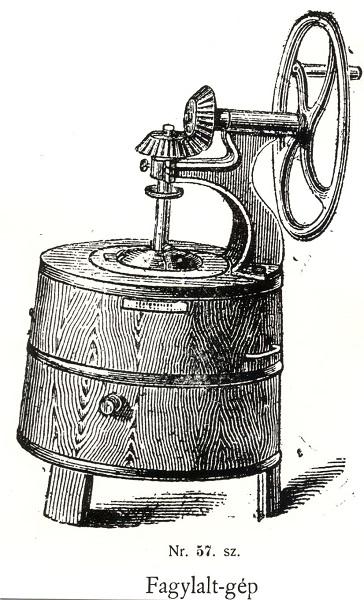 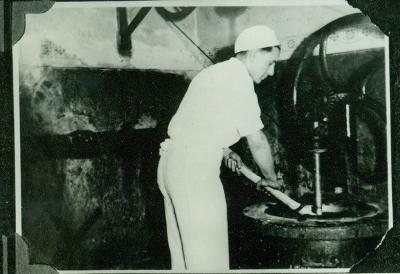 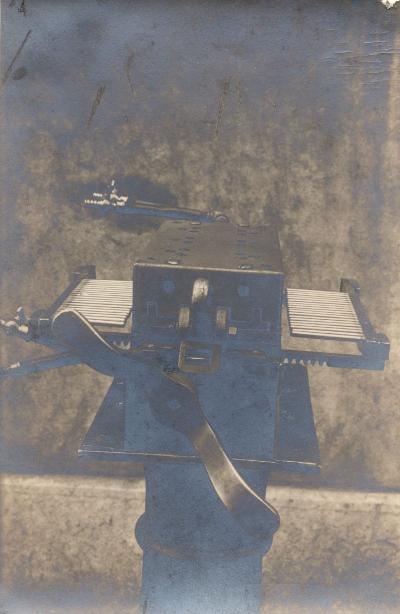 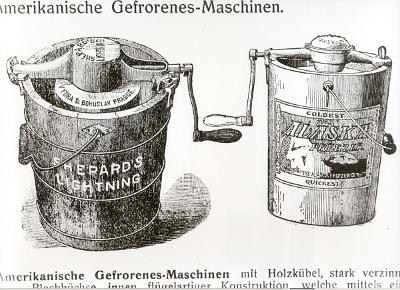 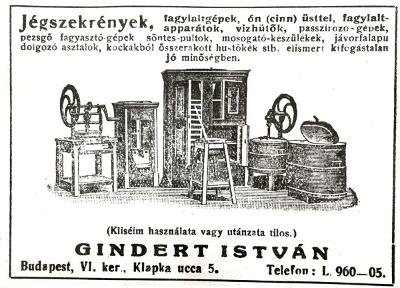 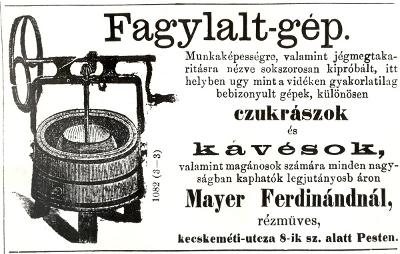 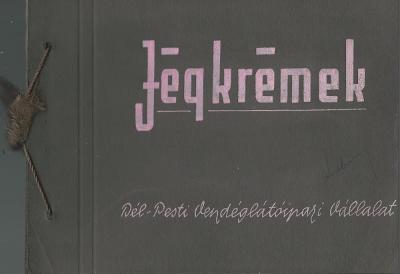 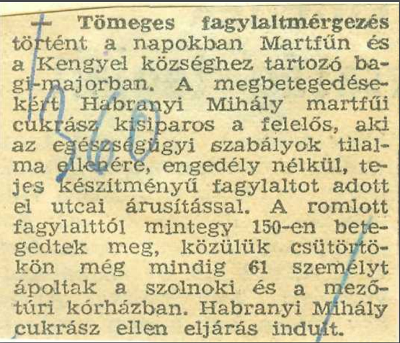 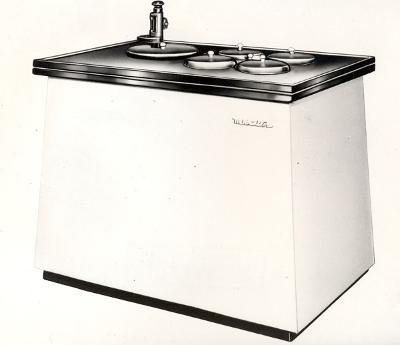 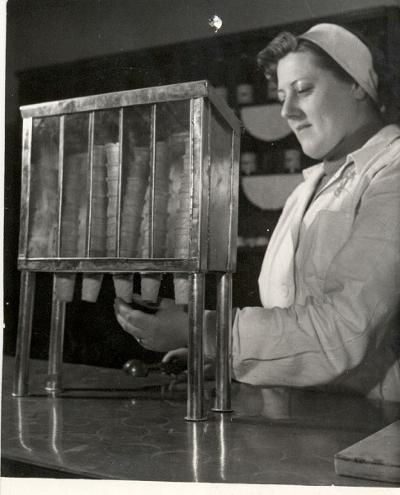 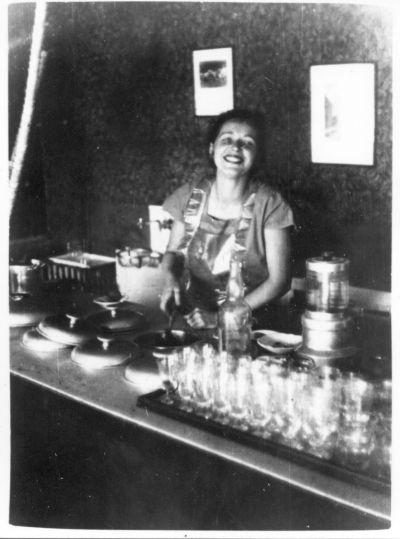 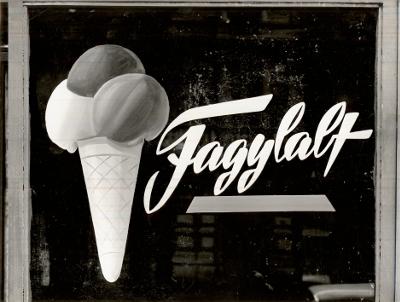 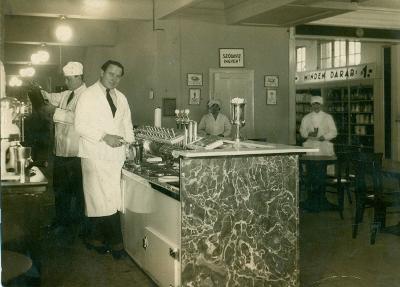 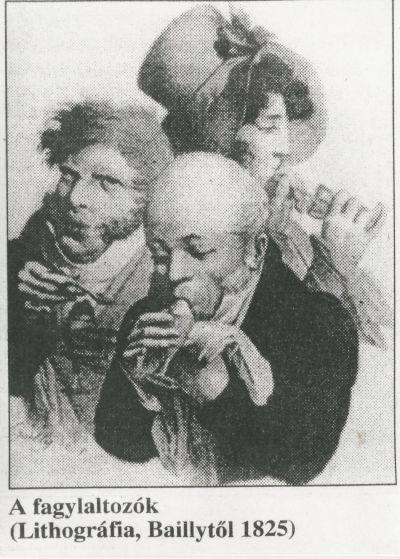 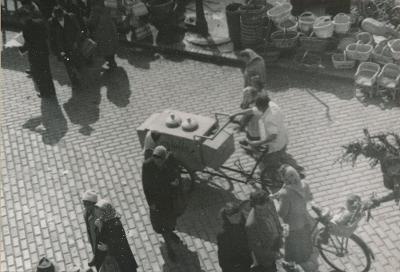 Marzipan has been a favourite sweet from ancient times to the present day. Several legends try to explain the emergence of its basic recipe, with just two ingredients, and the origin of its name. Many cultures have their own marzipan specialities, such as the Mediterranean peoples, the Germans and the Hungarians. In our exhibition, we present these gastronomic tales and the various marzipan products.

A table for two with shade, view and fresh air

Compared to previous years, beer-gardens and terraces have been opened a bit later than usual this year, due to the winter in April after Easter, but slowly one can plan to sit outside more confidently. Let’s look around the terraces of restaurants and taverns next to once-popular hiking destinations. First on the side of Buda.

Do you know what ’Zserbó’ is? The Vörösmarty’s maiden name

Zserbó, either it is classical or as my granny makes it at Easter, at Christmas, at birthdays. Briefly, anytime. Which came first: the goody filled with jam and walnut or the confectionery? You can find it out this week.

Some like it hot – Coffee in black and white

’It is coffee that makes people’s day living around me nicer.’ Many of us feel the same way. In the latest decades, it became an essential motor of our modern world. It wakes you up in the morning, it shakes you up during the day, and you have it when chatting with old friends whom you have not seen for ages. It has very important social and economic roles, and its effects on health are researched in several aspects. But do you know it indeed?

Myths, legends and a bit of history – The second cup of coffee

This week we are having another dip in the coffee stream. In the first cup, there was a pinch of plantation, a dash of roasting and some fine grinding. Finally, we got a cup of hot drink with gentle taste with the aid of some hot water, according to our demands. Now, we are going to flick in the world of history and legends, brisked by the stimulant effect of coffee.